Copyright © 2021 Andrey V. Vasilyev. This is an open access article distributed under the Creative Commons Attribution License, which permits unrestricted use, distribution, and reproduction in any medium, provided the original work is properly cited.

Russian methods and approaches to estimation of noise influence to the human health are described. Criteria of risks to health damage during noise impact are suggested. Method and results of correlation-regressive analysis of population illnesses from noise negative impact are described. Dependences of population illnesses from noise are shown. For noise perception by different groups of population special questionnaires were developed. Results of population questionnaire survey are analysed. It was obtained that the older the age of inhabitants the most negatively they are percepting noise impact in the same conditions with the people of other ages. It is possible to state that there is exist reliable statistically important dependence of growth of morbidity according to considering nosologies from acoustical pollution and the growth of perception of inhabitants or negative noise impact.

Presently noise impact to the human health in industrial and domestic conditions is increasing every year and may be considered as one of the main factors of discomfort of population [1, 3-8].

Negative acoustical pollution is presently one of the main factors of inhabitant discomfort [4, 7, 8]. Damaging influence of intensive noise to the human’s health is not restricted only by impact to ears. It is known, that noise is affecting to the human's central and vegetative nervous systems, influencing to the human's psychological condition etc.

Noise measurement and perception results in conditions of urban territories of Samara region of Russia is showing that there are noise dangerous zones of dwelling territory for significant number of inhabitants. Values in a number of measured points are exceeding or extremely close to maximally admitted normative requirements.

This paper is devoted to the problems of discussion of approaches and of results of estimation of noise impact to the health of inhabitants in conditions of urban territories.

2. Russian approaches to estimation of noise influence to the human health

Measurement of unstable noise should be carried out at the periods of time of noise evaluation , which include all typical variations of noise regime in evaluated point. Duration of every measurement of unsteady noise Тm in every point should be at least 30 minutes.

During noise measurements equipment should not be influenced by affection of vibration, magnetic and electrical fields, radiations and other unfavorable factors, influenced to measurement results.

Measurements have been conducted in daytime in weekdays mainly in rush hours and also during to the lunch-time and in night time (since 23.00 till 7.00).

Results of measurements in every point it is necessary to present as measurements registration forms, which including date, time and place of measurements carrying out, measuring point numbers and digital data of readings of noise levels in measured point, as well as in form of spectral presentation of sound pressure levels.

It should be noted that the Russian system used for the control of noise pollution is differs from EU approaches [3, 5]. In Russia there are only two periods of noise estimation: day (since 7.00 till 23.00) and night time (since 23.00 till 7.00). There is no long period measurement, only day measurement In European Union countries the common way to evaluate urban noise is based on weekly long period measurement, sometimes distinguishing and weighting working days from festive ones contributions. There are three periods of estimation: day, evening and night. The evaluation of noise level is performed by:

1. Measuring (over a 24-hours or 7-days monitoring time) the source noise emissions in points at standard distances and heights all along the linear sources and all around the punctual ones.

2. Characterizing sources by type, speed, traffic volume and density, length or surface and other features.

3. Calculating the emitted sound power of each category of noise source (for example as logarithmic mean of the measured sound level of all transits and events in that category).

4. Applying simulation algorithm to the measured data to find the noise impact levels ante-operam on each floor of each receiver facade.

3. Peculiarities of noise influence perception by the inhabitants

In Russia for estimation of noise influence to the health of population typically different approaches are used:

– Analysis and comparison of population sick rate in database of Russian medical institutions (polyclinics, hospitals etc.) with measured results of noise measurement for the certain territories.

– Inhabitants self-estimation of health state depending on the conditions of protection from noise disturbance etc.

The data have been gathered taking to consideration results of measurements of noise load of living territory and medical statistic data of morbidity of population of Komsomolsky district of Togliatti city of Russia, which were took from policlinic as statistic of illnesses of population. The noise measurements and data collection in policlinic were done during several years.

A number of inhabitants in houses is different, therefore it is necessary to transform the primary data in the wat to compare the values. In our case the optimal solution is transforming of primary information according to the Eq. (3):

The data according to the measured equivalent (, dBA) and maximal (, dBA) sound levels and transformed (or relative) meanings of morbidity () were determined by using of Eq. (3) [7].

Value (value of morbility) is including all illnesses according to nosologies, – cardio-vascular illnesses, – nervous system desease.

Due to the fact that equivalent and maximal sound levels were measured in day and night time, for which normative values are different it is reasonable to use the value , determining deviation of measured data from the sanitary admissible norms. For example, if the value is –4, it means that noise level in this case is on 4 dBA lower of the maximal admissible by sanitary norms noise level.

Results of analysis are showing tendency of growth of morbidity from the factor determining deviation of noise levels from sanitary admissible norms (Fig. 1-3).

Questionnaire was developed allowing to estimate the dependence susceptibility of population from the general sate of health, age and duration of living in the noisy territory.

Survey of population living in the territories with different levels of noise load was done according to the following questions:

3. Duration of living in the noisy territory.

5. Estimation of comfort of living conditions from the point of view of increasing of noise level (good (G), satisfactory (S), unsatisfactory (U) and poor (P)).

Analysis of collected questionnaire data allows us to conclude:

– Inhabitants of houses situated in zones with increased noise levels the worse are appreciating their own living conditions the longer term of their living in the territory of investigations.

– The older age of inhabitants, the evidently their negative perception of presence of combined acoustical pollution with other impacts (e.g. electromagnetic fields).

Concerning estimation of noise impact to the population it should be note that it is well known, that the strongest impact produced by noise effects on man is in frequency range from 1000 to 4000 Hz (middle- and high frequencies). But for urban territory environment the most strong noise impact to the city population is first of all caused by low frequency noise (from 20 to 300 Hz). Analysis of population complaints confirms it [2, 6]. Low frequency noise is spreading for a long distances without significant absorption and may cause significant discomfort and illnesses of population and professional illnesses of workers.

Fig. 1. Dependence of illnesses of population of Komsomolsky district of Togliatti city of Russia according to the all nosologes taking into consideration () from the noise load () 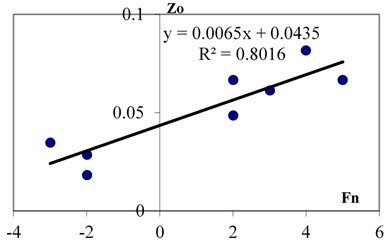 Fig. 2. Dependence of illnesses of population of Komsomolsky district of Togliatti city of Russia according to the cardiovascular illnesses taking into consideration () from the noise load () 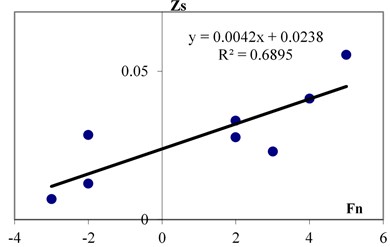 Fig. 3. Dependence of illnesses of population of Komsomolsky district of Togliatti city of Russia according to the nervous system disease taking into consideration () from the noise load () 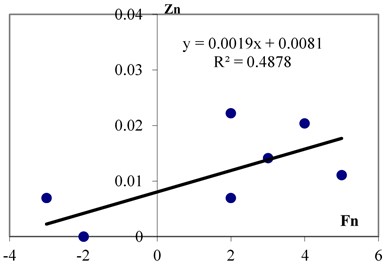 Analysis of collected questionnaire data allows us to conclude:

– Inhabitants of houses situated in zones with increased noise levels the worse are appreciating their own living conditions the longer term of their living in the territory of investigations.

– The older age of inhabitants, the evidently their negative perception of presence of combined acoustical pollution with other impacts (e.g. electromagnetic fields).

Thus, taking to consideration results of measurements of noise levels in urban territory conditions, the medical statistic data of morbidity of population on the example of Komsomolsky district of Togliatti city of Russia, the results of collected questionnaire data it is possible to state that there is exist reliable statistically important dependence of growth of morbidity according to considering nosologies from acoustical pollution and the growth of perception of inhabitants or negative noise impact.

Results of research are also showing that methods of noise estimation and perception by population are should be improved taking to account additional conditions and factors.

Results, described in this paper, may be useful for development of efficient methods and solutions of protection of human health from the impact of increased levels of noise.