Copyright © 2022 Orlando Santiago Júnior. This is an open access article distributed under the Creative Commons Attribution License, which permits unrestricted use, distribution, and reproduction in any medium, provided the original work is properly cited.

The vertical problems of the stomatognathic system that alter the overbite, either by increasing in the deep bite (DB) or decreasing in the anterior open bite (AOB), are among the great challenges of the dentofacial corrections in the treatment and the retention and stability protocols. In this paper the state of art of DB treatment with Jaw Functional Orthopedics (JFO) will be discussed. JFO has a unique diagnostic tool for changes in vertical growth of the face, the Articular Compass, developed by Simões. Individuals with hypodivergence and DB are, usually, difficult to treat and more difficult to stabilize the obtained results. Since 1950-decade Planas advocate that the Equiplan – a metal accessory used in functional orthopedic appliances (FOA) is efficient in deep bite treatment by levelling the occlusal plane. Promising results are found with a P = 0,00, but in aweak evidence study design based on the scientific evidence pyramid. Much of the discussion of incisor intrusion or molar extrusion to treat DB seems to be solved with the use of Equiplan, but it still has no scientific evidence, only clinical evidence. In conclusion Randomized Clinical Trials are needed to investigate the efficiency and Modus Operandi of JFO to treat DB.

Deep overbite has been considered as one of the most common malocclusion problems that are difficult to be treated and retained. Correction of the deep bite is often a main objective of the orthodontic treatment because of its potentially detrimental effects on periodontal health, temporomandibular joint function, as well as esthetics [1, 2]. Prevalence of deep overbite was found to be 21 % to 26 % in the normal population [3], and about 75 % in orthodontic patients [4].

One of the biggest mistakes that a beginner in the field of dentofacial correction must committee is dealing with DB as a simple malocclusion. Facial growth pattern is a major data to plan DB treatment. Generally, an individual with short face has a very strong stomatognathic musculature the acts in the posterior teeth with a vector that favors the posterior teeth intrusion, that is to say, favors DB malocclusion, obviously disfavoring treatment [4-6].

Craniofacial structure observed in the cephalogram is a major data in DB treatment planning. The goniac angle measure is fundamental in the decision of using an Equiplan. Based on Bimler cephalometrics, goniac angles below 120°favors the use of Equiplan, above this, the risk of generating an open bite is high and the user o Equiplan is not indicated but the touch of the vestibular incisal third of the crown of the inferior incisors on the palatine incisal third of the crown of the superior incisors, called by Simões as DA (Determined Area), also stimulates vertical growth of the alveolar bone of the posterior teeth [6]. 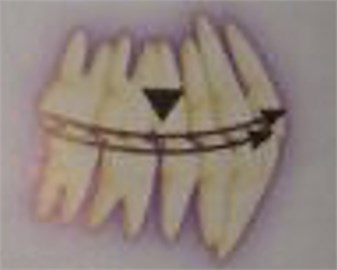 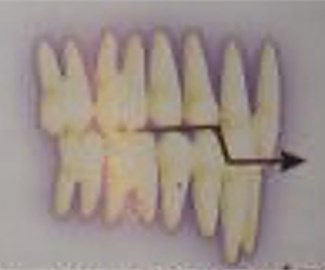 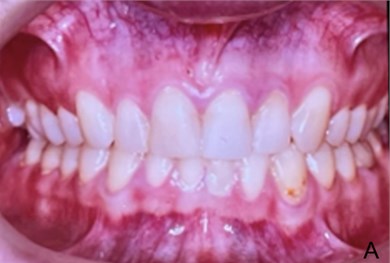 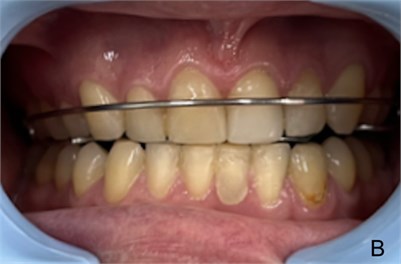 Using orthodontics there two basic goals to treat DB, intrusion of anterior teeth and/or extrusion of posterior teeth. Theses orthodontic mechanics are very often associated of mechanical orthopedics. Jung [8] reports the use of mini implants in the vertical control of patients with class II and DB, while Atalla et al. [9] in a systematic review report that the use of mini screws in the anterior teeth intrusion mechanics is clinically validated.

In a search made at “Portal Capes” (periodicos.capes.gov.br) in 06/21/2022 with the keywords “deep bite treatment” AND “dentofacial orthopedics” only three articles are shown. Ghafari et al [10] discuss the benefits and side effects of early and late treatment with orthodontics and mechanical orthopedics. Bahreman [11] that discuss long term stability with early and late orthodontic treatment using removable orthodontic appliances and orthodontics. Nosouhian et al [12] made a literature review on mini imiplants. There is no data about JFO treatment even using dentofacial orthopedics as keyword. Using the same keywords at Medline (ncbi.nlm.nih.gov/pubmed), the search resulted in no articles.

Santiago et al [13] presents a functional orthopedic appliance (FOA) to treat deep bite malocclusion that uses and Equiplan but did not show any statistics about clinical efficiency of the appliance. Santiago [14] reported the use of Planas’ Equiplan fixed on FOA to treat DB malocclusion. Besides very promising results, it has to be carefully analyzed since it is a retrospective study, without a control group, consequently with weak evidence.

There is weak evidence on the past 10 years in the databases searched to support treatment of DB with JFO, Randomized Clinical Trials comparing results of DB treatment with JFO comparing with waiting list patients or individuals that decided not to submit to treatment or comparing with another protocol clinically validated for DB treatment are necessary. On the other hand, based even in the weak evidence by Santiago [14], the Modus Operandi of the FOA to treat DB is still unknown. There are several theories that have been proved over the years, but they are not proved.