Copyright © 2018 Song Tang, et al. This is an open access article distributed under the Creative Commons Attribution License, which permits unrestricted use, distribution, and reproduction in any medium, provided the original work is properly cited.

Flowing production that oil is lifted to ground through tubing string by the energy of the reservoir itself, is an oil recovery technique. The stability of tubing string is closely related to the safe production of oil and gas. Under the interaction of the oil and string, lateral vibration instability of the string is prone to occur, and collisions between tubing string and casing would happen as a result. In severe cases, the tubing string breaks and falls off [1-3].

Tubing string has a wide range of applications in petroleum industry, such as well testing, fracturing, production and so on. The static analyses of the tubing string under different conditions were carried out by a few researchers over the past years. Considering the fluid property, internal and external fluid pressure, tubing temperature and the packer, mechanical models of the tubing string in whole testing and fracturing operation were established and solved by Li [4-6]. Cao et al. [7] analyzed the influences of the outer diameter and the length of joint on the critical buckling load of practical tubing string in vertical well based on the transfer matrix method. Mitchell [8] treated the casing string as elastomer rather than rigid body and proposed a computational method of contact forces between tubing string and casing string.

The tubing string, which is confined in the casing, can be seen as a pipe conveying fluid upwards. A great deal of work about the pipe conveying fluid is done by Paidoussis and his cooperators. In 1978, Hannoyer and Paidoussis [9] analyzed the lateral vibration of the vertical cantilever tubular beam simultaneously subjected to independent internal and external flows, and the theoretical results of the dynamic behavior agreed with the experimental results well. In 2008, Paidoussis et al. [10] studied dynamics of a long tubular cantilever conveying fluid downwards, which then flowed upwards in the annular space through the lower end. It was found that the dynamics was dominated by the internal flow for the wide annular space, however, the annular flow was dominant for the narrow annular space. In 2016, the theoretical model of lateral vibration of a partially confined, discharging, and cantilever pipe with reverse external flow were developed and the corresponding experimental devices were set up. Results showed that an increase in these parameters, such as annulus diameter and confined-flow length, gave rise to flutter for short systems, or a succession of flutter and divergence for long systems [11]. In addition, Cesari and Curioni [12] investigated theoretically the static stability of horizontal tubular beams subjected to concurrent internal and external flows for various end conditions. Qian et al. [13] discussed the vibration and stability of upward-fluid-conveying pipe within a rigid cylindrical channel, where fluid flowed downwards.

In this paper, the lateral vibration stability of the tubing string applied in flowing production is analyzed. The tubing string is simplified as a uniform upward-fluid-conveying pipe with a fixed hinge at the wellhead and a movable hinge at the lower end. Considering the gravity, internal fluid hydrodynamic force, reservoir pressure and liquid cushion in the annular, the lateral vibration model of tubing string is established and solved by the finite element method. The effects of internal fluid velocity, the density and height of liquid cushion and reservoir pressure on the stability of the tubing string are discussed.

The organization of the paper is as follows: Firstly, the pseudo single-phase processing approach of the oil is introduced in Section 2. In Section 3, a theoretical model of lateral vibration of tubing string is derived and solved. Then, the effects of some key parameters on stability of tubing string are discussed in Section 4. Finally, concluding remarks are given.

2. Pseudo single-phase processing of the oil

Petroleum is a liquid mixture consisting mainly of hydrocarbons. In general, crude oil extracted from the reservoir contains water and gas as well as oil. The flow state of the three-phase mixture in the tube is very complicated. In order to simplify the analysis, the mixture in the process of oil production is considered as a pseudo single-phase fluid in this paper.

The pseudo single-phase fluid, whose characteristic parameters were equivalent to those of the two-phase flow of gas and liquid based on mass conservation, was proposed by Hoffman [14]. Montoya-Hernández [15]applied this method to treat a three-phase mixture of oil-gas-water as a pseudo single-phase and studied thenatural frequency of a marine riser. The theoretical results were in good agreement with the experimental results.

Here the density , velocity and viscosity of pseudo single phase fluid in the tube are expressed as:

where subscripts , and represent oil, gas and water phases, respectively. In the following sections, all the fluid parameters denote pseudo single-phase parameters.

The tubing string in a vertical well is considered here. The string is simplified to be a uniform fluid-conveying pipe constrained by the fixed hinge at the wellhead and the movable hinge at the bayonet-tube packer that only limits the lateral displacement of the string, as shown in Fig. 1. The coordinate origin is located at the wellhead, and the -axis coincides with the axis of the undeformed tube string. is the lateral displacement, where is time. is the tubing string length, is the liquid cushion height, and is the internal fluid velocity. , which is the axial force exerted at the bottom of the tubing string (see Fig. 2), could be described as , in which is the fluid pressure at the bottom hole, i.e. reservoir pressure. and are external and internal cross-sectional area of tubing string, respectively, and is the friction between the tubing and joint ring.

The associated boundary conditions are:

where and are flexural rigidity and mass per unit length of pipe, respectively. is mass per unit length of internal fluid, , where is internalfluid density. is the velocity of internal fluid. is added mass coefficient due to the effect of confinement of annulus fluid, , where and is the inner diameter of casing and the outer diameter of tubing, respectively. is fluid pressure of liquid cushion at the bottom hole. is the hydraulic diameter, for the annulus channel flow. is related to the circular frequency of tubing string oscillation and shown as , where is the kinematic viscosity of the liquid cushion.

Fig. 1. The sketch of tubing string 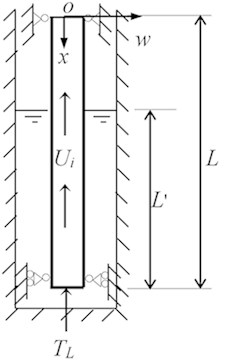 Fig. 2. Force diagram at the bottom of tubing string 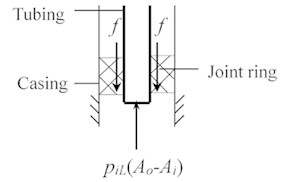 For convenience, the following dimensionless quantities are introduced:

The non-dimensional form of lateral vibration equation of tubing string is:

The governing Eq. (7) of lateral vibration of tubing string contains the Heaviside step function, which is a discontinuous function, and the finite element method is used here to discretize this system into an ordinary differential equation. The tubing string is divided into units. Taking the Hermite polynomial as shape function and substituting into Eq. (7), we could obtain the equation of motion of the th element:

where , and are mass matrix, damping matrix and stiffness matrix of the th element, respectively. They are:

Assembling the element matrices in the global coordinate system and taking the boundary conditions into account, the element equation of the whole tubing string is obtained:

where , and are all global matrices of order 2 corresponding to mass, damping and stiffness, respectively.

The approximate solution of Eq. (11) is expressed as:

where is an undetermined function of amplitude; is a dimensionless complex frequency. Submitting Eq. (12) into (11) yields:

when the generalized eigenvalue satisfies 0 and 0, flutter occurs; when 0, bucking happens. With this method, the effects of parameters such as internal fluid flow, the density and height of liquid cushion and reservoir pressure on the stability of the tubing string are analyzed.

The developed model and numerical procedure are verified by comparison with the results of Gregory [16] in which the stability of lateral vibration of the tubular cantilevers conveying fluid downwards, was studied. The presented model degenerates to that proposed by Gregory by setting 0.2, 0, 1, and , and specifying the boundary conditions according to cantilever. What needs to be explained is that the complex frequency (generalized eigenvalue) defined in this paper is different from that in the reference [16]. Denoting complex frequency in the reference [16] as the relationship between them is: , and . The variations of the dimensionless complex frequency of the lowest four modes of the cantilevered system, which are functions of the dimensionless flow velocity and shown in Fig. 3, are in agreement with the results of Gregory. When the flow velocity 5.6 and 13.4, the real parts of the second and fourth modes become positive from negative, respectively, and flutter occurs. Comparing with the critical dimensionless flow rate 5.6 and 13.6 in the reference [16], the relative errors are 0 and 1.5 %, respectively. The correctness of the present model and algorithm is verified. 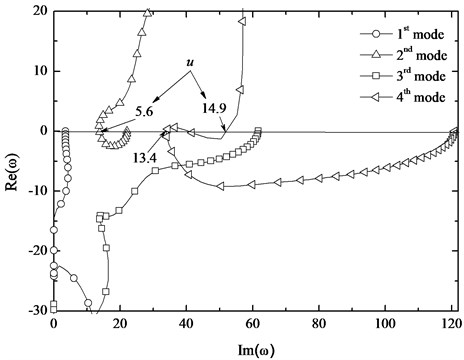 4.1. The effect of flow rate and bottom hole pressure

Fig. 4. The first two modes of the generalized eigenvalue vs. flow rate 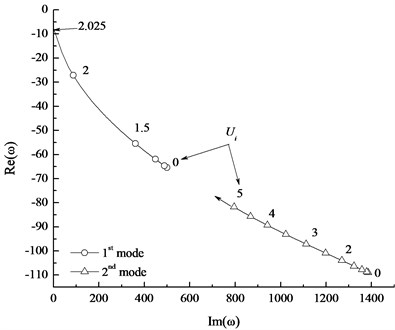 Fig. 5. The first two modes of the generalized eigenvalue vs. bottom hole pressure 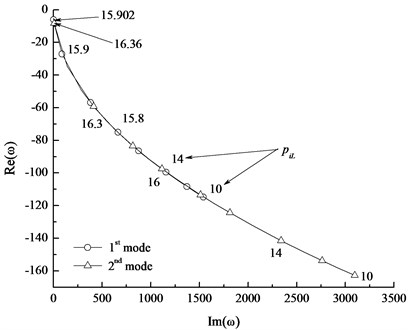 4.2. The effect of liquid cushion

The effects of the density and height of the liquid cushion on the stability of tubing string are shown in Fig. 6 and Fig. 7, respectively.

Fig. 6. The first two modes of the generalized eigenvalue vs. liquid cushion density 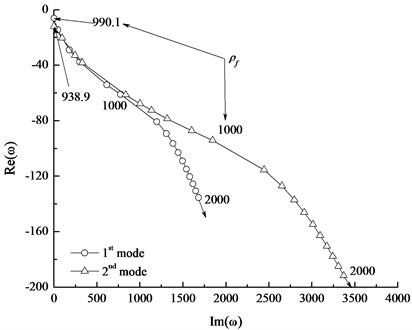 Fig. 7. The first two modes of the generalized eigenvalue vs. liquid cushion height 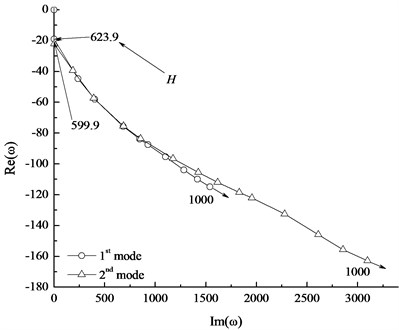 Fig. 8. The effect of tubing string length on the stable region in the cushion height - cushion density (-) plane 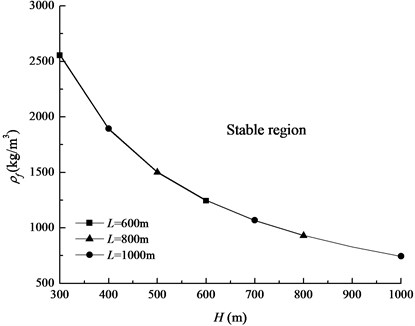 Fig. 9. The effect of bottom hole pressure on the stable region 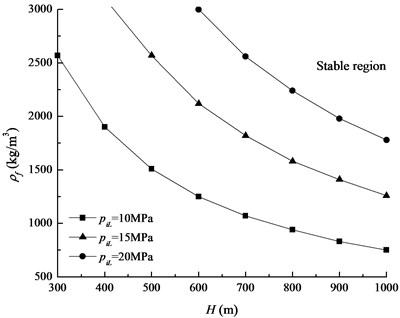 Fig. 10. The effect of friction provided by packer on the stable region 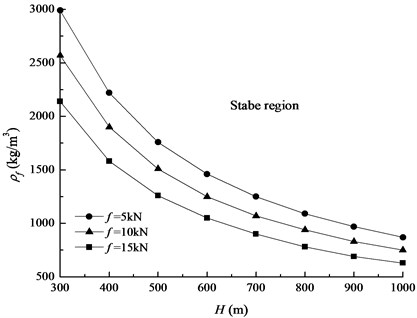 The equivalent axial force at the bottom of tubing string, denoted as , is determined by the bottom hole pressure and the frictional resistance provided by the bayonet-tube packer. The influence of on the stable region is shown in Fig. 9. It is found that the critical - curve moves towards the right and upwards along with the bottom hole pressure increasing. It means that the stable region decreases and the stability of the system reduces. Because the frictional resistance of bayonet-tube packer reduces the equivalent axial force of the bottom of tubing string, larger fractional force is beneficial to the stability of the system, as shown in Fig. 10.

Tubing string used in oil production is simplified as a uniform upward-fluid-conveying pipe with a fixed hinge at the upper end and a moveable hinge at the lower end. The numerical model of transverse vibration of tubing string is developed and the stability of the system is discussed. The following conclusions are obtained:

2) Increasing the height and density of liquid cushion is helpful to improve the stability of tubing string.

In the course of flowing production, adding liquid cushion in the annulus can not only ensure the packer within the safe working pressure difference, but also improve the stability of the tubing string. Meanwhile, the stability of system can also be improved by increasing the friction force between tubing and joint ring.