Copyright © 2018 Jingbin Liu, et al. This is an open access article distributed under the Creative Commons Attribution License, which permits unrestricted use, distribution, and reproduction in any medium, provided the original work is properly cited.

The leakage of water supply pipeline is a common problem in the world. Timely discovery and treatment of leakage can avoid drinking water pollution, save water resources or avoid road collapse accidents. Therefore, it is of great practical significance to study pipeline leak detection methods. In this experiment, piezoelectric acceleration sensors were placed in different locations of a leak pipe to acquire the leakage signals. According to the generation mechanism of leak acoustic signals, the unpredictability characteristics of leak signal are investigated. The autocorrelation function is used to describe the unpredictability of the leak signal because it has the ability to analyze the coherent structure of time series, and the Lyapunov exponent can describe its complexity. The autocorrelation function sequence is used as featured extraction object. The Lyapunov exponent of this sequence is used to quantify the signal characteristics. By this method, the leakage can be effectively identified.

Water is a precious resource, and the distribution of water resources is very uneven. China's per capita water resource is a quarter of the world's per capita. Even so, the average loss rate caused by leakage in China’s water supply network is more than 30 %, which is 2 to 3 times that of developed countries [1]. There is a leaking in water supply pipe network, which not only wastes a lot of water, but also can cause a wider range of water pollution [2]. In order to minimize the loss, it is very important to judge whether the water supply pipe is leaking and accurately locate the leakage point.

Usually non-acoustic methods to detect leaks require a lot of time, such as: uninterrupted flow detection method [3], minimum night flow method [4], and pipeline pressure signal analysis method [5] etc. These methods only suit for some specific pipes or detecting be affected a lot by the environment.

The methods according to the acoustic signal: Initially, people judge a leak by the sound coming from the pipe, which rely on people’s experience too much. In 1993, Wan proposed the adaptive filtering noise for the collected acoustic signals, and according to the spectral analysis, to determine whether there was a leak in the pipeline [6]. Tang Xiujia applied the neural network method to pipeline leakage identification work [7]. He used signal amplitude, average value, etc. as characteristic quantities to identify whether the pipeline leaked. This method cannot eliminate interference from other fixed sound sources. Ai et al. combined the Linear Predictive Coding Cepstrum Coefficients (LPCC) with Hidden Markov Models (HMM) to improve the ability to identify leakage [8], Toshitaka and Akira proposed to identify the leakage by combining the support vector machine (SVM) with the power spectral density of the leakage signal and the destruction factor based on AR model as the characteristics of the leakage acoustic signal [9].

When there is a crack or small hole in the water supply pipe, the water will spray outwards and interact with the pipe to form vibration. The vibration propagates far away through the waveguide formed by the pipe and the fluid in the pipe. Place acceleration sensors on both sides of the leak point to obtain the vibration signal [2], as shown in Fig. 1.

Pipeline leakage was simulated in the laboratory, the actual experimental device is shown in Fig. 2.

The signals collected by the sensors can be simplified as:

From the above analysis, it can be seen that the leak location method based on delay time. However, when the pipeline is inspected in the actual environment, a variety of non-leakage sound can also cause vibration.

Fig. 1. Sensors on both sides of the leak 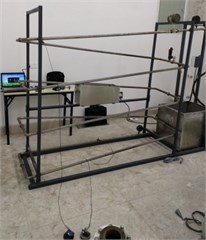 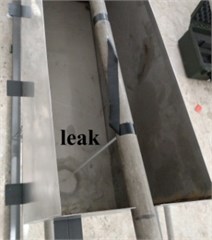 3. Analysis and description of the turbulent characteristics of the leakage signal

Fig. 3. Waveform and autocorrelation function of the crack leak signal 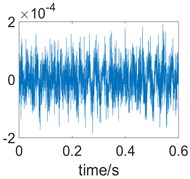 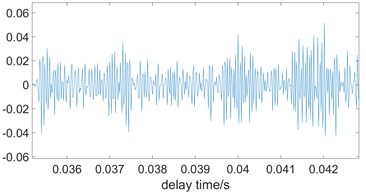 Analyzing the above results can be obtained: 1) from Fig. 3(b), it can be seen that the autocorrelation function shows an attenuation trend, and the time of the attenuation trend corresponds to the duration of the “active period” of the leakage signal; 2) from Fig. 3(c), with the increase of (delay time), oscillates around 0, but the oscillation process is not regular, which indicates that there is a weak correlation between the leakage signals in a active period and other active periods.

Fig. 4 shows the time domain of the knock ground signal and the processing result of the autocorrelation function. The distance between the knock and the pipe is 2 m, and the signal is still collected by the acceleration sensor on the pipe.

Fig. 4. Waveform and autocorrelation function of the knock the ground sound 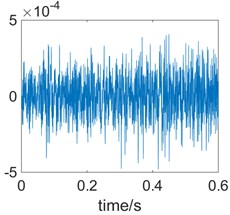 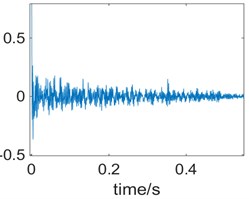 We can see that in Fig. 4(c) oscillates around 0 and the oscillation process has certain regularity, there is an obvious oscillation start and decay process. According to the principle of autocorrelation, it can be seen that the signal has “reproducibility”. This is quite different from leakage signals (as shown in Fig. 3).

The same result can be found in sever other experiments, they are: machine running, car passed, and so on.

4. Application of the Lyapunov exponent

Since the initial value sensitivity of chaotic system and the anti-interference ability of noise are better, the application of chaos theory to signal detection is an important development trend at present.

In this paper, the correlation function and the maximum Lyapunov exponent are used to identify the leakage, and the specific process is: 1) the autocorrelation function of the signal collected by the sensor is calculated first; 2) the function value after the signal correlation length is used as the calculation sequence to calculate the maximum Lyapunov exponent, and then identify whether the leakage occurs.

Fig. 5. The delay time calculated by the mutual information method

Fig. 7. The calculation process of the maximum Lyapunov exponent 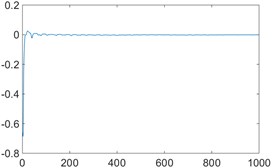 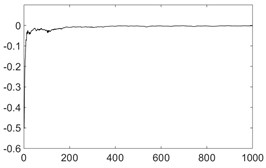 d) All leaks are closed 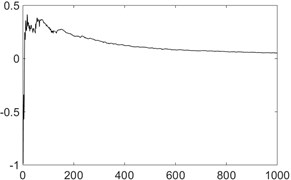 The maximum Lyapunov exponent obtained in each case is shown in the Table 1.

Fig. 8. The cross-correlation calculation of the signals obtained by the two sensors 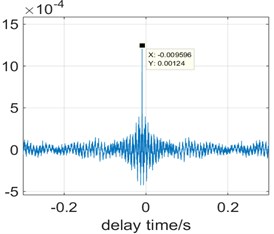 Table 1. The maximum Lyapunov exponent of each case

However, there is also turbulent flow at the valve corner of the pipeline, the maximum Lyapunov exponent is positive, but the value is small.

Then the cross-correlation calculation of the signals obtained by the two sensors can calculate the corresponding delay time (), the result shown as Fig. 8, 0.009596. Take the delay time into Eq. (2) to obtain the leak location. The calculation result is basically in line with the actual situation.

Next step, I’ll study Lyapunov exponent by changing a certain variable (such as the vibration frequency, water pressure, and so on). And compare with other detection methods.

The research is support by the provincial foundation of China (2017CFB672) and University Scientific foundation (425517 K143).