Copyright © 2019 Guanting Liang, et al. This is an open access article distributed under the Creative Commons Attribution License, which permits unrestricted use, distribution, and reproduction in any medium, provided the original work is properly cited.

Rockfall influences the safety of infrastructure and transportation lines normal operation, application of SAR technology to monitor the rockfall could predict rockfall disaster. To achieve the detection and imaging of rockfall target, two problems must be settled. One is to restrain ground clutter, which should maximize SCNR of the signals of remainder rockfall targets as possible after clutter suppression to get a preferable result in rockfall target detection; the other is how to estimate parameters of rockfall targets accurately, to make focused image processing of the rockfall targets whose motion characteristics are unknown possible.

Currently, most used methods of rockfall target detection: Displaced Phase Center Antenna (DPCA), Along-track Interferometry (ATI), and Space-Time Adaptive Processing (STAP). STAP uses Space-Time adaptive processing method, which can restrain clutter and interfere, however, the computational complexity is too huge [1]. Re-STAP can solve the problem about computational complexity in STAP, but the algorithm is vulnerable to the effects of non-uniform environment [2-8]. Meanwhile, neither DPCA nor ATI can eliminate the influence of detection performance suffering the along track velocity of rockfall targets [9-18].

where and are phase deviations caused by compensating channel spacing:

Therefore, we could apply Doppler frequency of the remainder rockfall target to to azimuth dechirp process to maximize SCNR of the rockfall target, so we can obtain a preferable detection effect.

In order to solve the contradiction between the computation quantity and the accuracy of the azimuth velocity estimation, this paper uses successive approximation principle for rockfall azimuth velocity. Before the successive approximation method is introduced, the influence of the frequency mismatch on the frequency modulation is analyzed. By using a set of reference functions with different frequency modulation, the ideal LFM signal is de tuned, and the power distribution of the LFM signal is eliminated as shown in Fig. 1. Relative frequency rate in Fig. 1 the abscissa, the ratio of frequency is to use when the dechirp rate and LFM signal, the vertical axis represents the frequency of the signal, each one of said longitudinal tangent using FM and the corresponding rate to FM signal after power distribution. From Fig. 1 we can see that, only the use of FM signal is consistent with the rate of the dechirp processing, can make the FM signal energy in the frequency domain focus, while FM signal deviation rate, defocusing energy decreased rapidly with the increase of deviation.

By analyzing the principle of successive approximation, the precision of frequency modulation is obtained:

Supposed , according to the Eq. (13) to 500 times to FM, and according to the Eq. (15) obtained by successive approximation method after the need to 11 FM frequency so it can be concluded that in the condition of the same estimation accuracy, by successive approximation method can greatly reduce the computation quantity, so as to solve the computation with the azimuth estimation accuracy between the contradictions. 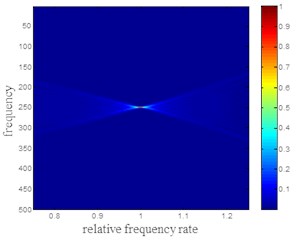 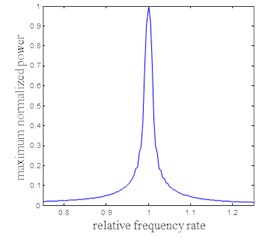 In order to verify the effectiveness of this method, three experiments were done in this section. System parameters are as follows, carrier speed is 250 m/s, center slant distance is 30 km, wavelength is 0.0319m, subaperture length is 1m, channel count is 3, pulse duration is 10 us, transmitting bandwidth is 100 MHz, distance sampling rate is 120 MHz, pulse repetition frequency is 576 Hz.

The target parameters of rockfall are shown in Table 1. 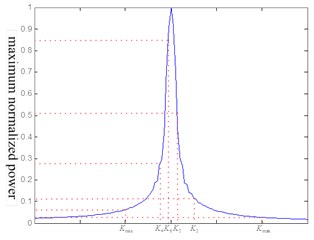 Fig. 4. Where the distance to target spectrum of rockfall unit FM after treatment 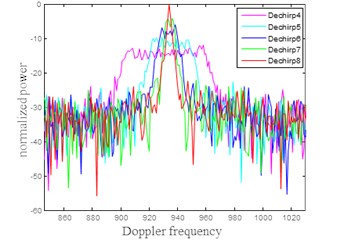 Fig. 5. The maximum normalized power to FM after rockfall target 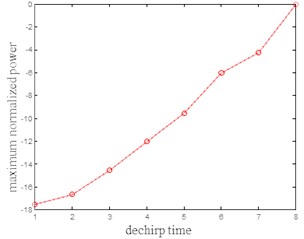