Copyright © 2019 Guosong Liu, et al. This is an open access article distributed under the Creative Commons Attribution License, which permits unrestricted use, distribution, and reproduction in any medium, provided the original work is properly cited.

Abrasive flow machining technology is a new type of precision machining technology. Due to its unique rheological properties, it can process any complex structure and size parts to meet the requirements that conventional machining cannot meet. Combined with the turbulent flow characteristics of the abrasive flow, the large eddy simulation numerical method is used to simulate the machining process of the abrasive flow. The influence of different sub-grid scale models on the simulation results is discussed. Taking curved tube as the research object, the static pressure, dynamic pressure and velocity of different sub-grid models are analyzed to find the best sub-grid scale model. Large eddy simulation method is used to simulate the complex flow channel parts, and the best sub-grid scale model suitable for complex flow channels is determined, which reveals the grinding and polishing rule of abrasive flow and provides academic support for future research. Therefore, it has frontier and important research value. 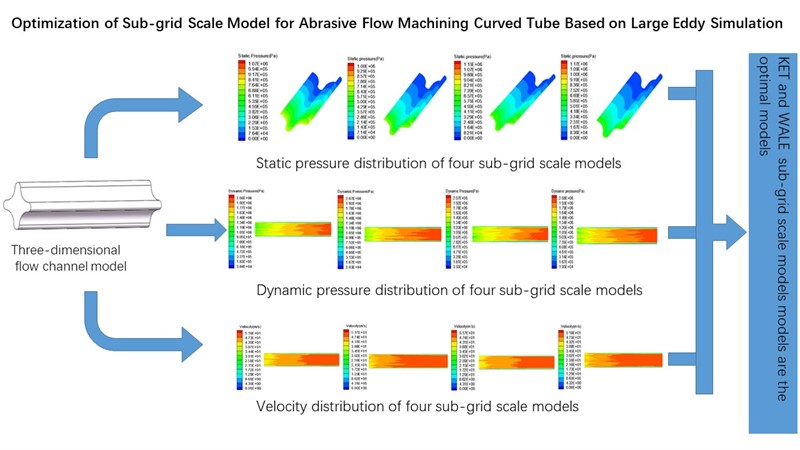 The core of the abrasive flow machining technology is the abrasive. The abrasive is mainly a solid-liquid two-phase flow composed of hard particles and liquid carriers. The processing of the abrasive flow is shown in Fig. 1. There are two forces in the force of the particles on the workpiece. Under the influence of external conditions, the particles follow the flow of the carrier to rub and shear the machined surface, thereby removing the burrs and obtaining a desired uniform surface.

The large eddy simulation method was first proposed by meteorologist Smagorinsky [1] in 1963. The first use of this method was in 1970, Deardorff [2] in order to solve the engineering water flow problem. Later Ferziger introduced the turbulence kinetic energy and turbulence dissipation rate and took them into account the influence of vortex scale on vortex viscosity coefficient. Based on Smagorinsk formula, it was improved and corrected. Then Ghosal [3] discovered in 1995 that the model of Germano [4] had mathematical inconsistency in the application of heterogeneous isotropic, and then proposed a local dynamic model, and the eddy viscosity model was further developed.

The basic idea of large eddy simulation is to solve the Navier-Stokes equation. Large eddy is directly solved, while small eddy needs to be modeled. In the large eddy simulation, the distinction between large-scale vortices and small-scale vortices is achieved by filtering. The small-scale vortex means that the feature scale is lower than the grid scale, and the model constructed in the solution process is also called the sub-grid scale (SGS) model. 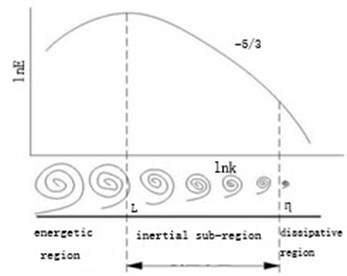 Among them are the Wall-Adapting Local Eddy-viscosity model and Algebraic Wall-Modeled LES [5]. The Smagorinsky model [1] is a pure dissipative model, and the Algebraic Wall-Modeled LES [6] uses Reynolds average method to simulate the flow field in the inner region of the boundary layer, while the large eddy simulation method is used outside the near wall region. Compared with the traditional algebraic model, the Dynamic kinetic Energy Sub-grid Scale model [7] increases the simulation of the turbulent kinetic energy transfer effect on the sub-grid scale.

In the precise post-processing of internal curved surfaces in complex parts, the traditional machining method is difficult to perform precision machining. For such problems, the cycloidal parts are selected as the research object, and the parts are made of 304 stainless steel. In order to visually display the internal geometry of the flow channel of the simulation object, the flow channel is extracted in three dimensions, and the three structural parts have the same cross section dimension, and the flow channel geometry model and cross section specific dimensions are shown in Fig. 3 respectively.

The inlet is set as the pressure inlet of 2 MPa. The simulation results are studied and discussed to determine the appropriate sub-grid model and analyze the abrasive flow machining effect under different machining parameters. The straight flow channel is a symmetrical structure and the effect of the fluid on the wall surface is also symmetrical, so in order to facilitate the observation of the wall surface, half of the wall surface is selected for display. The static pressure distribution of the four sub-grid scale models is shown in Fig. 4. 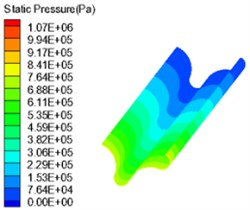 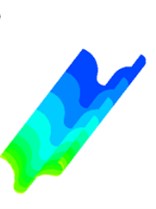 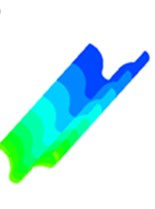 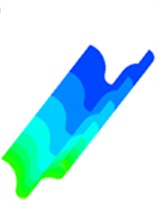 Fig. 4 is a static pressure distribution diagram of four sub-grid scale models using a large eddy simulation turbulence numerical method. The lower side of the figure is the inlet and the outer side is the outlet. The simulation results of the four sub-grid scale models show the same trend, and the pressure distribution presents a very obvious step shape, which indicates that the polishing effect of the abrasive flow is from strong to weak. The abrasive flow collides with the wall at the inlet, and most of the fluid flows away from the middle of the flow channel, which causes the contact force between the abrasive flow and the workpiece wall to slowly weaken and the pressure gradually decreases.

The abrasive flow is in a state of constant motion during the processing, so the dynamic pressure of the abrasive flow during the process is analyzed and discussed. In order to facilitate the observation of the change of the internal fluid, the cut surface is selected from the middle of the flow channel. In order to facilitate the description of the change of each position in the following, the cross section is described in position, and a specific schematic diagram is shown in Fig. 5. The position of the central section of the flow channel is 1-3, that is, the maximum width of the flow channel is 5mm, and the dynamic pressure under different sub-grid scale models is shown in Fig. 6. 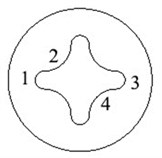 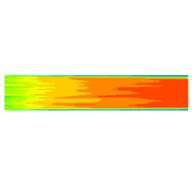 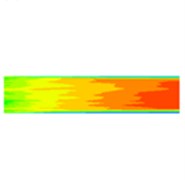 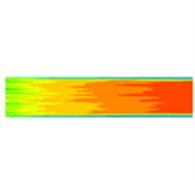 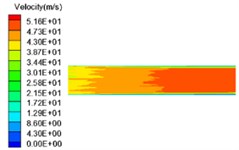 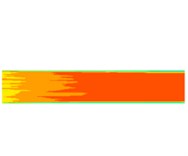 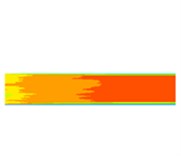 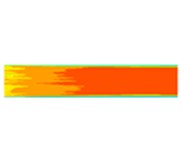