Copyright © 2019 Lei Li, et al. This is an open access article distributed under the Creative Commons Attribution License, which permits unrestricted use, distribution, and reproduction in any medium, provided the original work is properly cited.

To more realistically describe the operation of an eddy current brake under intensive impact load, a magnetic-thermal bidirectional coupling model of the eddy current brake is established considering the existence of temperature. The variation of material and convective heat transfer coefficient with temperature are considered in the model. The iterative method is used to decouple the model. Through the analysis of the numerical simulation results, the temperature distribution and transmission of the brake during operation are obtained. By comparison, it is found that the calculated braking force of the magneto-thermal coupling model is lower than the calculated value without considering the temperature field due to the influence of temperature. And the higher the temperature, the greater the decrease. 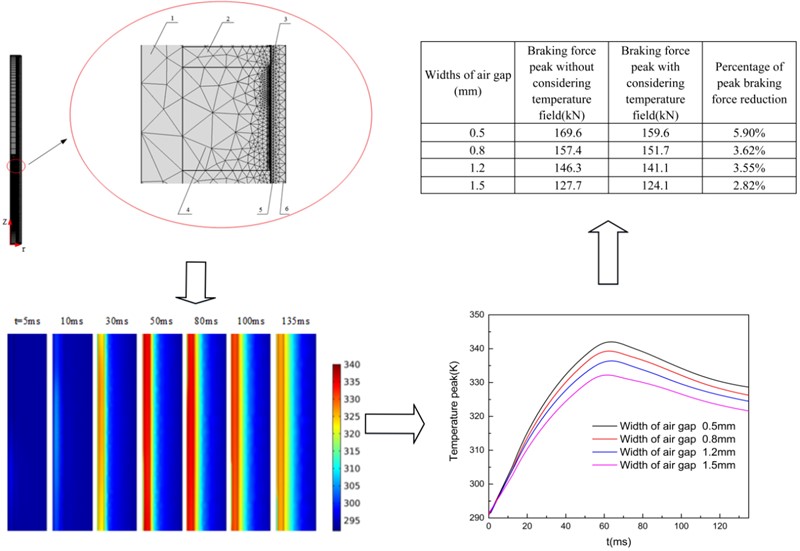 According to electromagnetic induction theorem, eddy currents are caused due to relative motion of the field source and conductor. They create magnetic fields and cause a repulsive force proportional to the relative velocity of the field and conductor [1].

The eddy current brake is a new type of brake device designed based on the above principle. Eddy current brakes are divided into electromagnetic brakes, permanent magnet brakes and hybrid brakes depending on the excitation source. Compared with electromagnetic brakes and hybrid brakes, permanent magnet brakes do not require external excitation power supply and excitation winding. They save electricity and copper usage, reduce the size of the device, and simplify the structure of the device. On the other hand, their reliability is higher because there is no danger of brake failure during power failure [2-4].

The braking characteristics of permanent magnet linear eddy current brakes have been studied by domestic and foreign scholars. Bae et al. [5] obtained a mathematical model of the eddy current braking force according to Biosal’s law and Lorentz force formula. However, they ignored the effects of armature reaction and skin effect at high speed. Chen et al. [6, 7] derived the damping coefficient of the plane type eddy current brake, and explored the influence of each design parameter on the brake according to theoretical derivation and experiments. Yin [8] applied the theory of hierarchies to deduce the magnetic vector potential and introduced the demagnetization coefficient to consider the demagnetization effect.

At present, the research on permanent magnet linear eddy current brakes is focus on the case of low-speed steady state. However, the response to transient impact loads under extremely severe working conditions is less studied. From the perspective of energy conversion, the mechanical energy of the moving parts is firstly converted into electrical energy on the conductive material, and then converted into heat energy by the electric resistance during the operation of the eddy current brake. Transient impact loads are often accompanied by large kinetic energy, which will eventually generate heat in a relatively closed space. Therefore, considering magnetic field and temperature field during operation will be closer to the real situation [9, 10]. 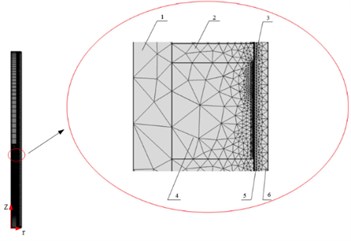 2.2. Physical properties of the material

(1) The effects of temperature on the remanence of permanent magnets.

The permanent magnet used in this simulation is M-type sintered NdFeB. According to GB/T 13560, the relationship between remanence and temperature of NdFeB is shown in Fig. 2. Remanence is input to the simulation model in the form of a fitting function as follows:

The inner cylinder is the carrier that generates eddy currents. When the temperature rises, the conductivity of the inner cylinder decreases. This will directly lead to a decrease in the braking force. Conductivity is also input to the simulation model in the form of a fitting function as follows:

The three-dimensional heat transfer differential equation of temperature field is established according to the first law of thermodynamics and Fourier’s law:

where , , , and are the brake’s thermal conductivity, specific heat capacity, density time and, heat flow per unit time and volume, respectively.

During the temperature transmission of the linear eddy current brake, only heat conduction and convection are considered and the influence of radiation is ignored due to the limited temperature rise. The specific transmission process is shown in Fig. 3.

The inner and outer boundary condition are:

where , , , and are the temperature of the inner cylinder, the outer cylinder, the air gap and the external air, respectively. , are convective heat transfer coefficient of inner and outer boundary.

According to experimental research, the following formula can be used to express the convective heat transfer coefficient [11]:

where and are the temperature of air and surface, respectively.

and are the Grachev and Prandtl numbers. According to the literature, the coefficient 0, 0.53, and the index 0.25:

The thermal conductivity , viscosity , and expansion coefficient of air are defined as a function of temperature. The relationship between the convective heat transfer coefficient and temperature is shown in Fig. 4.

Fig. 3. The route of temperature transfer 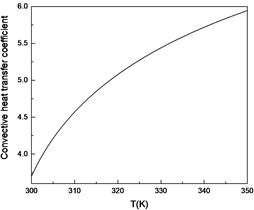 The intensive impact load shown in Fig. 5 is loaded into the magneto-thermal coupling model and then the model is solved by the distribution iteration method. The solution flow is shown in Fig. 6. 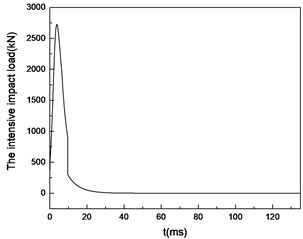 3.1. Temperature distribution of the eddy current brake in working process 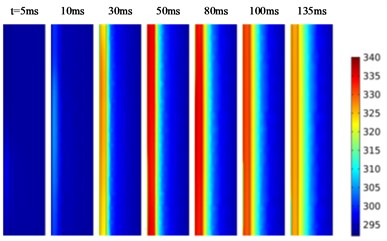 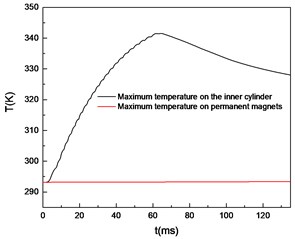 Fig. 9. Braking force characteristics with widths of air gap uncoupled a) and coupled b) temperature field 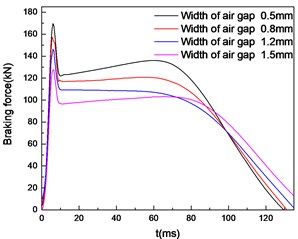 Fig. 10. Temperature peak of the brake with widths of air gap 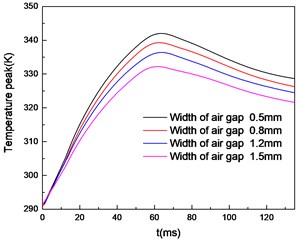 Table 1. Comparison of braking force peaks with or without temperature field