Modelling and analysis of a modified Dodecapod parallel manipulator

Copyright © 2020 Chandan Bharadwaj, et al. This is an open access article distributed under the Creative Commons Attribution License, which permits unrestricted use, distribution, and reproduction in any medium, provided the original work is properly cited.

The limitations of serial manipulators have motivated many researchers to investigate more on parallel manipulators. Parallel manipulators are an active research area over the past four to five decades for their various advantages viz., higher stiffness, higher precision and better dynamic capacities at high velocities. A Parallel manipulator is a combination of independent closed loop kinematic chains connecting a fixed base platform and a movable top platform. They are used for various applications like satellite positioning, aircraft simulators, precision requiring tasks like assembly of PCBs etc., Gough [1] introduced, for the first time, a platform with six actuated legs. He used it as a Universal Tyre Testing Machine. Stewart [2] invented the manipulator in the form of a flight simulator which ignited a new promising topic of research due to its inheriting advantages. It later gained popularity in the name of Stewart manipulator and is sometimes called as Stewart-Gough on account of Gough being its original inventor. Hunt [3] was the first to recognise the significance of parallel manipulators. Stewart Manipulator was studied in depth by researchers in the 1990s. Dasgupta [4] presented a detailed review of the work carried out on Stewart platforms until the year 2000. Furqan [5] extended the review until the year 2017.

Initially parallel manipulators found very restricted applications in industries due to their complex forward kinematics and limited workspace. Singularities within the workspace lead to loss or unwanted gain in stiffness which might make them uncontrollable. Many researchers have worked extensively in designing parallel manipulators which overcome these limitations. Workspace limitations are known to reduce by introducing re-configurability in parallel manipulators. This is achieved by modifying the configuration of the parallel manipulator. Bande [6] presented a 12 DOF parallel manipulator, called Dodecapod. A Dodecapod is a Hexapod with variable workspace. The six additional degrees of freedom are available from the movement of top and bottom mobile knots. Mishra [7] showed how to maximize tilt angle with change in the configuration of the Dodecapod. Inverse and forward kinematic analysis of the Dodecapod in [6] is restricted to position kinematics. In addition, actuation of mobile knots is not straight forward.

Present work reports a novel modified reconfigurable Dodecapod. A 3D model of a modified reconfigurable Dodecapod is designed and developed using SolidWorks. Provisions are made to provide independent movement of the sliders. Mathematical model is developed and is capable of generating kinematic solution of the mechanism. The workspace for various configurations of the top platform is generated and reported. The workspace limitation of the general Stewart-Gough manipulator is overcome by change in configurations of the Dodecapod. A detailed inverse position, velocity and acceleration kinematic formulations are derived and analysed. Author decided to report this work in a detailed journal paper. Lastly, a few suggestions are made highlighting the possible potential the manipulator.

A 3D model of a modified reconfigurable Dodecapod parallel manipulator is shown in Fig. 1. It is a reconfigurable manipulator, consists of two platforms viz., top-platform and base-platform. Platforms are connected to each other by means of six links, named as leg-links. Leg-links are connected to top and base platforms by means of spherical joints provided with the sliders. Leg-links are provided with linear prismatic actuators and they provide spatial motion to the top platform. 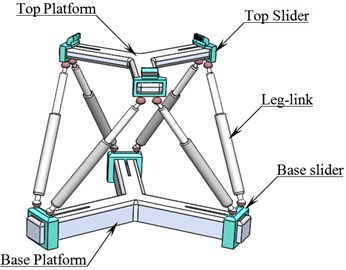 The Platforms consist of three arms 120° apart. Each arm houses a slider which slides along a slot. Position of each slider is controlled by prismatic actuators (pistons) embedded in the arms of the platforms, as shown in Fig. 2.

Fig. 2. Internal actuators in each arm

Fig. 3 shows a schematic diagram of a kinematic analysis of Dodecapod. Two cartesian coordinate frames viz., and are defined to describe the system. The coordinate frame remains fixed to the stationary base of the manipulator and the coordinate frame is attached to the moving top-platform of the manipulator. A set of position vectors for the joints at the top platform are defined with respect the frame and is denoted by . A set of position vectors for joints at the base with respect to is denoted by. As the frame moves with the top platform joint vector remains constant even though the actual coordinate of joints changes. 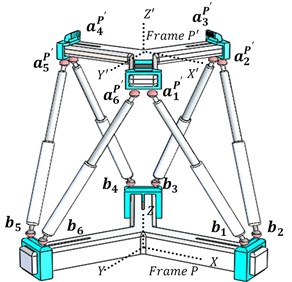 The coordinates of the joints are expressed as:

To understand the advantages of the proposed manipulator, a few illustrative examples are reported. certain configurations of sliders are considered. The corresponding constant orientation workspace of the manipulator at an orientation of is generated. Motion of the top platform from an initial Cartesian coordinate to a final cartesian coordinate is considered. The motion happens in uniform steps of change in the cartesian coordinate . The resulting linear acceleration and velocity curves of the leg links, for each slider configuration, are generated and compared.

The maximum tilt angle, for the joints about their symmetric axis is assumed as 45°. Two illustrative examples are demonstrated in the following session, considering various locations for sliders, showing changes in workspace.

Substituting and in Eqs. (1) and (2) respectively, coordinates of the connecting joints at top and base platform are evaluated and tabulated in Table 3. 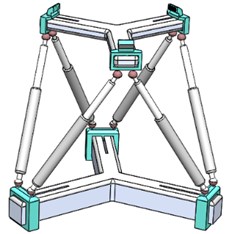 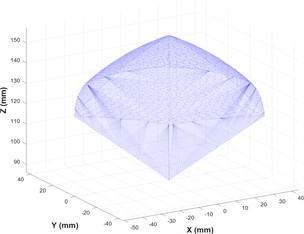 Table 3. Coordinates of the joints at top and base platform (in mm)

The top platform undergoes actuation from position to . The velocities and acceleration of the leg-links are plotted against time and reported in Fig. 6(a) and 6(b) respectively. 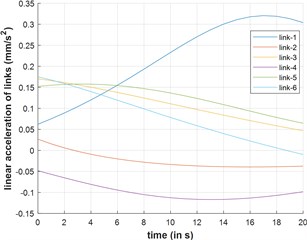 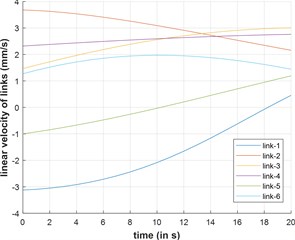 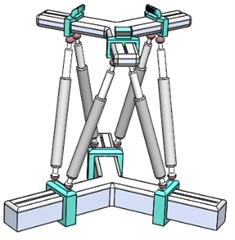 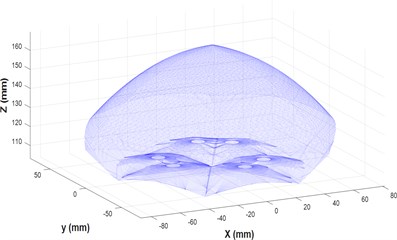 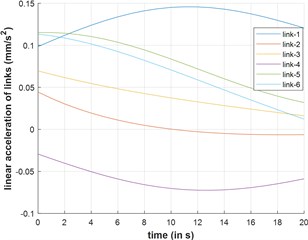 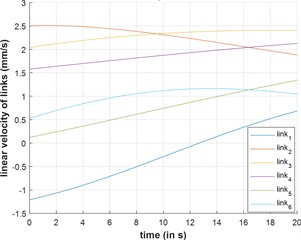 The top platform undergoes linear actuation from position to . The extensional velocities and acceleration of the leg-links are plotted against time and reported in Fig. 9(a) and (b) respectively. 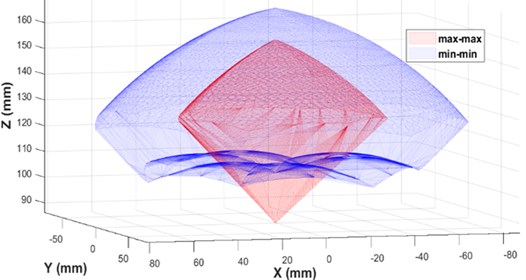 In this paper, a modified reconfigurable Dodecapod parallel manipulator is reported. Inverse Kinematics of the modified Dodecapod is simple and straight forward. Model description, workspace and kinematic analysis are narrated. The configuration of the manipulator can be adjusted depending on the required reach/workspace. The novelty of the present manipulator overcomes the workspace limitations of the general Stewart Gough manipulator.