Copyright © 2020 Hui Tian, et al. This is an open access article distributed under the Creative Commons Attribution License, which permits unrestricted use, distribution, and reproduction in any medium, provided the original work is properly cited.

Ductility is an important aspect of the seismic performance of structures. Strong column and weak beam are important means to ensure the hinge plastic failure mechanism of frame structures. The corresponding provisions on failure mechanism of strong column-weak beam has been specified in design codes of various countries, but their differences are relatively large. This paper takes a plane frame as example which is designed according to the seismic code regulations of various countries, and then the difference in the failure mechanism of the designed frame under seismic actions is compared and analyzed. Finally, some suggestions are given to ensure the realization of strong column-weak beam mechanism. 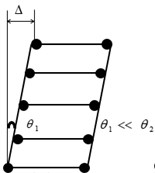 The column hinge mechanism, shown in the Fig. 1(b), also referred to as a first-story mechanism [1], may impose plastic hinge rotations, which even with good detailing of the affected regions, would be difficult to accommodate. In codes of various countries, expressions to guide structures to achieve strong-column weak-beam failure mechanism are different, but their general directions are basically the same. It is expected that the rotation of plastic hinges occurring at column ends can be limited to a small amount under rare earthquake.

It can be seen that New Zealand code has the most detailed control measures for strong columns and weak beams to ensure that only selected plastic hinge mechanisms are produced.

The requirements of flexural bearing capacity ratio of column and beam in US, European and Chinese codes are similar, but the US, New Zealand, and Canadian codes all clearly require that the influence of cast-in-place floor slabs should be considered when considering the beam end flexural capacity [2]. 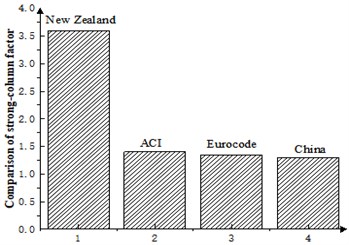 2. Influential factors of strong-column weak-beam need to be considered

Severe damage of the plastic hinge area occurred at the column ends is one of the prominent forms of earthquake damage in the reinforced concrete frame structures during the 2008 Wenchuan earthquake in China [5]. Why did the failure mode of the strong-column weak-beam advocated in codes fail to achieve? What factors affect the realization of strong-column weak-beam mechanism?

2.1. The actual bearing capacity of the beam end is overstrength

Here we must mention the overstrength concept, the over strength of the cross section should consider all factors that may cause the strength to exceed the nominal or ideal strength value. Here, the actual strength of the beam end refers to the true relative strength. The original strong column weak beam failure mode is intended to make the bending capacity of the column relatively “strong” and the bending capacity of beams is relatively “weak”.

Overstrength factors include steel strength is greater than the specified yield strength, additional strength enhancement of steel due to strain hardening at large deformations [1], unaccounted-for compression strength enhancement of the concrete due to its confinement, and strain rate effects. The cast-in-place beam and floor slab make the actual bending capacity of the beam end over strength, which affects the expected failure mode of the strong-beam weak-beam. Changes in design moments due to any redistribution of these, which the designer may have undertaken [4].

To give columns a reasonably high degree of protection against premature yielding, allowance must be made for the fact that column moments during the inelastic dynamic response of a framed building to a severe earthquake will differ markedly from those predicted by analyses for static forces [4]. Before entering the yield, the bending stiffness of the members with different stress characteristics will change with different degrees as the stress increases. This change is especially noticeable after the structure enters yielding. To allow for such dynamic effects, the moments resulting from lateral static forces must be increased further if, as intended, column hinging above first floor is to be avoided. This is achieved by dynamic moment magnification factor .

An example of a plane frame is designed here (Fig. 3) and the detailed information is given below.

Table 2. Material value of the structure

Fig. 3. Elevation view of the frame 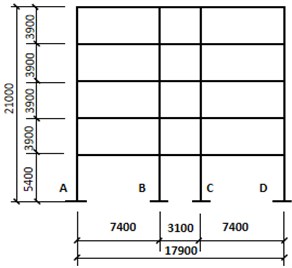 Table 4. The layout of rebar at column ends

Fig. 4. Plastic hinge distribution: a) design results according to Chinese code, b) the result of the design according to the New Zealand code 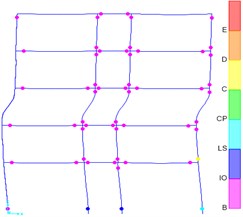 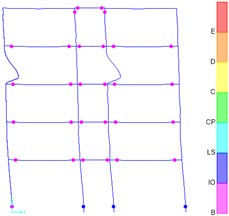 In this paper, the provisions of strong column-weak beam coefficient in different countries are systematically compared. Through an example, actual differences in national regulations are compared, and design suggestions are given.

1) The increase of strong-column coefficient cannot guarantee the realization of the real strong column and weak beam failure mechanism. Perhaps the method of increasing coefficients will eventually be replaced. The Chinese and US codes and European codes generally have similar results for the adjustment of strong-column weak-beam. The New Zealand code has the most stringent adjustment measures for strong columns and weak beams, and it is easier to form a reasonable failure mode.

2) For the frame structure, the lateral displacement curve of the structure is of shear type, the story drift of the lower floors is large. It is feasible to divide the structure into several parts along the height and adopt different measures of strong column-weak beam for different parts. With the exception of the column footings and in the top story, plastic hinges in columns should be avoided.