On the concept of a conformable fractional differential equation

Copyright © 2021 Soumen Shaw, et al. This is an open access article distributed under the Creative Commons Attribution License, which permits unrestricted use, distribution, and reproduction in any medium, provided the original work is properly cited.

The impact of this fractional calculus in both pure and applied branches of science and engineering started to increase substantially during the last two decades apparently. Differential equations governing most of the physical system, evade closed-form solutions and thereby necessitating the adoption of numerical methods to arrive at the desired solutions of the equations. Moreover, in many practical situations, some of the coefficients or functions in the differential equation may be non-linear or are presented as a set of discrete data, and then, numerical methods become inevitable for obtaining solutions.

Since the last decade, fractional-order differential equations have gained considerably more attention due to their applications in many engineering and scientific disciplines. As the mathematical models for the systems and processes, the fractional differential equation has been successfully applied in various fields of physics and engineering such as biophysics, bioengineering, quantum mechanics, finance, control theory, image and signal processing. A rather detailed account of diverse recent theoretical advances and applications of fractional calculus in the various fields can be found in the books of Sabatier et al. [14], Hilfer [6] and Atanackovic et al. [1]. Works such as [2, 3, 7, 8, 11, 15, 16, 22-29] and the monographs [4, 13] analyzed qualitative and quantitative aspects of the solution of the fractional-order differential equation. The methods employed in the aforementioned literature include the sequential technique of successive approximation as well as the classical fixed-point approaches of Banach and Schauder. Othman et al. [20] studied the effect of hydrostatic initial stress and gravity on a fiber-reinforced thermoelastic medium with a fractional derivative heat transfer. The effect of hydrostatic initial stress on the plane waves in a fiber-reinforced magneto-thermoelastic medium with fractional derivative heat transfer was explained by Sarkar et al. [21].

In the sequel, we would confine our attention to developing an algorithm for solving the initial-value problem, namely:

Eq. (1) may be viewed as a curve in the -plane, at each point on the curve the value of its -order derivative is given in terms of and , however, refers to a particular curve that passes through a given point .

In an endeavour to incorporate the curvature of the curve to arrive at an approximate numerical solution of the initial-value problem (1); one tries to explore the possibility of alternative approaches. This leads to the following two types of procedures:

(ii) Numerical approach applying the geometrical interpretation of fractional derivatives. A new geometrical approach to obtain an approximate solution of FDEs, subject to integer-order initial conditions which are significant to describe most of the physical phenomena, is the main course of study of this paper.

where is the gamma Function, and is the Caputo fractional derivative of order with base point , which is defined by:

To ensure this fact we consider the function:

The traditional integer-order Taylor series approximation for Eq. (4) with , expanded about and truncated at the second-order term, is:

However, if is a non-integer real number, no finite integer order Taylor series can give an exact match between the value of the function and its Taylor series approximation.

Thus, first-order fractional Taylor series for (4) expanded about is exact when the first term is For the second term, use Eq. (7) along with the fact that the Caputo fractional derivative of the constant is zero to write:

Then for any we have (since the exponent so the term for any ):

Then of course the limit is:

Thus, the second term of fractional Taylor series is given by:

Here we have used and Since is a constant, the remaining higher order Caputo derivatives are all zero. Therefore, the two-term fractional Taylor series approximation is exact:

In this section, we illustrate the fractional derivatives based on fractional differences which are slightly different from the classical Riemann-Liouville framework. The fractional calculus so obtained is quite parallel to the classical calculus, and it involves non-commutative derivatives, which seems to be quite consistent with non-commutative geometry. The purpose herein is to contribute some new results to this approach.

Definition 1. (Fractional right derivative): Let be a continuous (not necessarily differentiable) function and let denotes the constant discretization span. The forward difference operator is defined by:

the fractional difference of order , from the right, of is defined by the expression:

and the corresponding fractional derivative on the right is given by:

Definition 2. (Fractional left derivative): The left hand (or backward) fractional difference of the function of order , is defined as:

and its fractional derivative on the left is given by:

When to shorten in writing we shall set . Here we are fully in the Leibnitz framework, i.e., to say both and denote the finite increments.

Here we can mention few important properties of the aforementioned fractional derivative:

(1) The fractional derivative, as so defined, is not commutative. Clearly one has:

The equality holds if

(2) Let be a continuous function such that has fractional derivative of , where is any integer and , then:

(4) Assume that both as well as are -differentiable with respect to and respectively, then:

(5) One can extent the aforementioned fractional derivatives for negative order also i.e. of order , can be expressed in the following integral form:

For one can set:

The difference between Eqs. (22) and (23) is that the second one involves the constant whereas the first equation does not. We shall refer to this fractional derivative as the modified Riemann-Liouville derivative.

Proof. proofs of the properties (1)-(4) are left for the readers. For (5); take Laplace to transform with respect to x in both sides of the Eq. (23) and denoting yields:

Let us consider the continuous function , has a fractional derivative of order , for any positive integer and , , then the following relation holds:

where ( ( times), is the derivative of order ( times) of , and with the relation:

The definition of forwarding difference operator, given by the Eq. (13) and from the Eq. (14) one can show that the forward operator satisfies the following fractional differential equation:

and the solution of this equation is

Therefore, the series can be expressed in the following manner:

In which is the differential operator with respect to , and is the Mittag-Laffler function given by:

This fractional Taylor’s series does not hold with the standard Riemann-Liouville derivatives, and it applies to non-differentiable functions only. In addition, it is different from Osler’s series of fractional order [12].

4. The concept of approximation

In this section, we attempt to prove a special nature of the straight “line” (or tangent line) drawn at a point to the curve taking different order fractional derivatives as its slope at that point. To do that, firstly we demonstrate few important properties as follows:

Theorem 1. For any two real numbers and , or accordingly is a concave upward or concave downward function.

Proof. From the definition 1, for any real number :

Since, and , then for a concave upward function for all positive real values of

Thus, if is a concave upward function, for any two real numbers and , .

With the similar arguments, it can be prove that for a concave downward function , , where

Therefore, in order to estimate the curve, for a concave upward function, the “lines” (or tangent lines) with the highest order fractional derivative where to the curve at the point will be a more appropriate one.

Whilst, for a concave downward curve, the “line” (or tangent) at a point having the slope with the lowest order fractional derivative where at that point to the curve would have been more suitable than the conventional tangent line.

Here we illustrate the nature of the tangent lines with different fractional-order derivatives where , which is taken as the slope of the line, for concave upward and downward curves. For this purpose, we have considered two simple polynomials (see Fig. 1 and Fig. 2).

Let be an approximation in the interval . Expanding about the point , we have:

where is the order derivative of at and

Fig. 1. Various “lines” (or tangent lines) with different slopes for 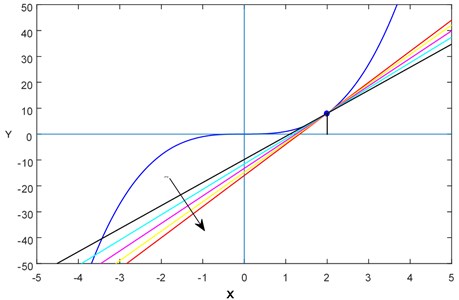 Fig. 2. Various “lines” (or tangent lines) with different slopes for 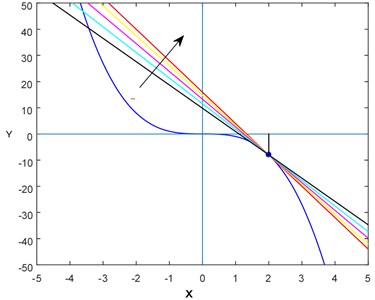 Assuming the variation of is negligible in the truncation error can be put as .

Hence, to determine the function , which will be the solution of the initial value problem Eq. (1), may apply the following algorithm:

where is a constant to be chosen in such a way that or accordingly the curve is concave upward or downward i.e., or at .

A method is convergent if, for every ODE with a Lipschitz function and every fixed , with , it holds that:

Now comparing with the Taylor series expansion Eq. (28), the local error for this proposed method is .

Thus, the global error recursion is given by:

Take norms and use Lipschitz condition:

Theorem 2. Prove that the global error as approaches to zero.

Proof. Assuming that the function is sufficiently differentiable, given and a fixed , let us consider .

Applying the lemma to global error recursion, we get:

which proves the convergence as:

Hence, the iteration converges invariably in keeping with expectation.

In order to assess the applicability of the proposed method, we have considered a number of fractional differential equations with initial conditions. The iteration procedure is carried out through computer simulation (MatLab 2015a) with a moderate value of the step length.

For the computational purpose we consider the following fractional order initial value problems.

Fig. 3. Comparison of solutions between the analytical result and present analysis (Ex. 1) 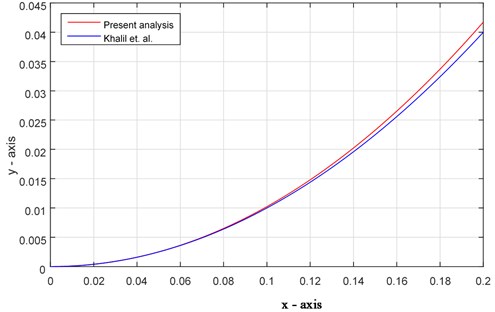 For numerical computation, in all of the above examples, we consider 0.001, 0.125 and 1. The analytical solutions for the considered initial value problems (IVPs) are presented in Table 1 (for details see Refs. [18, 19]). Those results are compared with the approximate solutions obtained by using the proposed method. It has been observed that the present approximations (by using the iteration scheme Eq. (37)) are in high agreement with the results obtained by [18]. Figs. 3-5 represent the solution curves of the IVPs Eqs. (48)-(50) by using the present analysis and analytical results. It has also been noticed that this newly adopted method is identical with the analytical solutions up to two decimal places.

Fig. 4. Comparison of solutions between the analytical result and present analysis (Ex. 2) 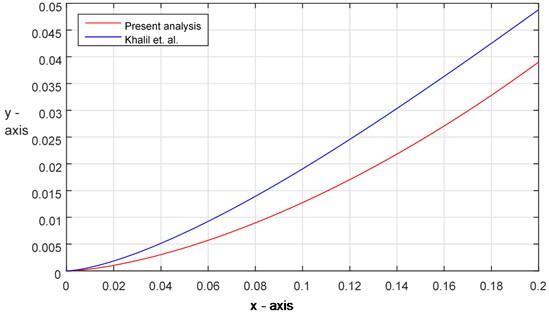 Fig. 5. Comparison of solutions between the analytical result and present analysis (Ex. 3) 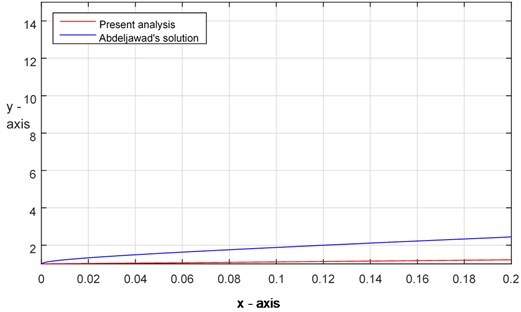 Table 1. Analytical solutions of the IBPs

With the help of the geometrical interpretation of fractional order derivatives for different values of the parameter at a fixed point on a curve, in this paper, we developed a new numerical iterative method that can give an approximate solution curve of the fractional initial value problems. Here we use two different values of fractional derivatives to approximate the solution curve for the concave and convex parts. Purely depending upon geometrical interpretation, this type of works have not yet been reported on a fractional differential equation.

During the decade, it has been established that several biological and physical aspects could be encompassed in the framework of a suitable fractional differential equation. We assert that the approach to the fractional calculus via fractional difference in combination with fractional Taylor’s series provides a method of approximation of the solution curve for IVPs in Leibniz’s sense. The proposed method could be fairly competent in this kind of problems.