Copyright © 2021 Yu-dong Xu. This is an open access article distributed under the Creative Commons Attribution License, which permits unrestricted use, distribution, and reproduction in any medium, provided the original work is properly cited.

Fig. 1. Composition of the cutting head 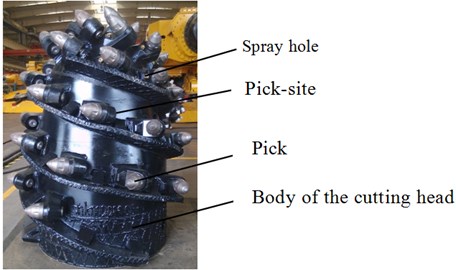 Domestic scholars Li Xiaohuo, Liu Chunsheng and others established prediction formulas for cutting resistance based on experiments and theoretical research [11, 12]. At present, although most researchers have used theoretical analysis and experimental tests to analyze the mechanism and force of crushing rock, the consistency of results obtained by different methods is not good. To date, there is no accepted and unified calculation method for calculating the force of rocks [13]. Fu Lin et al. used the dynamic simulation software LS-DYNA to perform a finite element simulation of the cutting process for single-tooth drilling. The calculation results showed that the cutting tooth bears a large feed resistance during the cutting process and that the cutting resistance varies with the cutting. The increase in the angle decreases as a quadratic function [14].

This article takes the installation angle of the pick on the head of the roadheader as the research object and establishes a conversion relationship model between the mounting angle of the pick and the angle of the cutting function. The LS-DYNA finite element software is used to simulate how the cutting head cuts the rock. The process simulation model analyzes the effects of different cutting angles on cutting resistance, load fluctuations and cutting ratio energy consumption and verifies these results through experiments to provide a theoretical reference for selecting the optimal cutting angle for the cutting teeth.

The conversion formula for the cutting function angle and the installation process angle can be derived from Fig. 1. The specific formula is as follows:

The cutting function angle formula is derived from the installation process angle:

The formula for the installation process angle is derived from the cutting function angle:

Fig. 2. Schematic diagram of the mounting angle of the pick 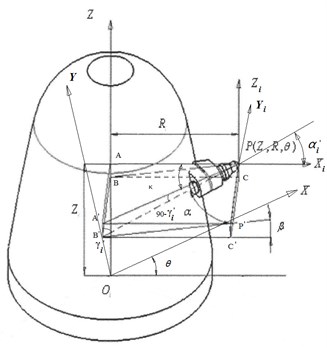 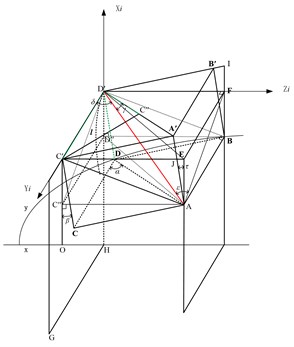 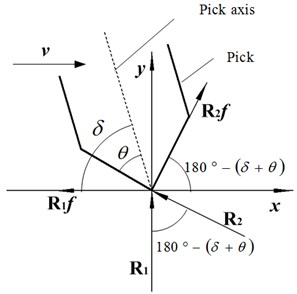 According to the geometric relationships, the expression for the cutting resistance can be obtained:

Fig. 4. Schematic diagram of the cusp point of the pick-tipped alloy head contacting the rock 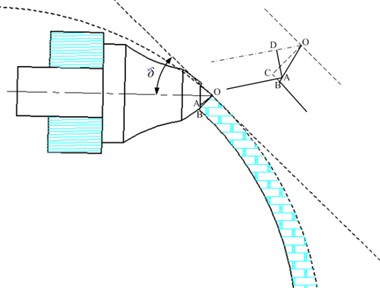 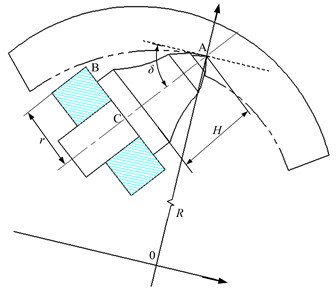 The range of cutting angles can be obtained by calculating the size of the pick and the seat 3456°, and the actual value should be slightly smaller than this value.

Assuming that the rock density involved in cutting is the same, we can obtain [15]:

In the simulation analysis, the rock thickness is 50 mm, the width is 120 mm, the installation parameter of the pick is the axis distance 0, the cutting radius 480, the circumferential angle 0°, the rotation angle 12.3°, and the mounting angle 12°. The cutting angle simulation analysis is shown in Fig. 6, and the material properties of the rocks are shown in Table 1. 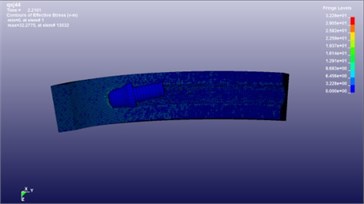 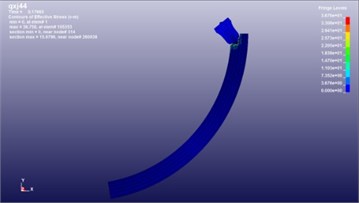 The cutting resistance , traction resistance and lateral force can be transformed by the following relationships:

In the formula, is the angle between the tip of the pick and the axis. 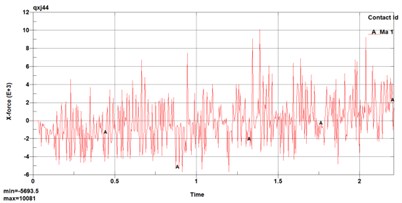 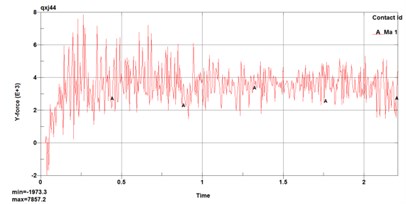 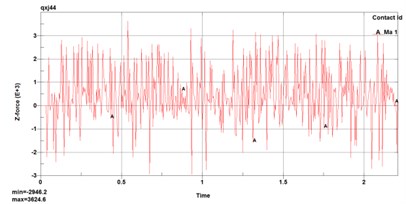 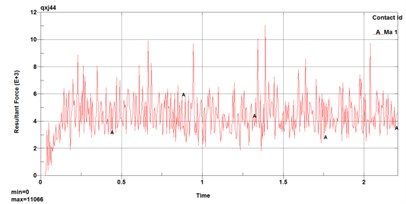 Fig. 8 shows the change in the mean cutting resistance with the cutting angle. The following conclusions can be obtained.

Fig. 9 shows the variations in the cutting resistance variation coefficient and cutting ratio energy consumption with cutting angle. The following conclusions can be obtained. 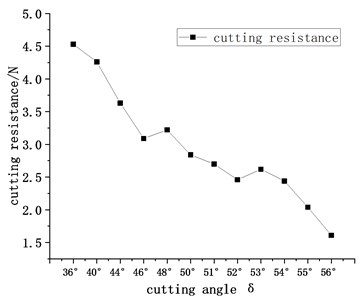 Fig. 9. Variation curve of the variation coefficient of the cutting resistance 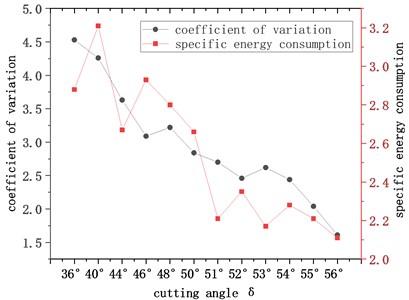 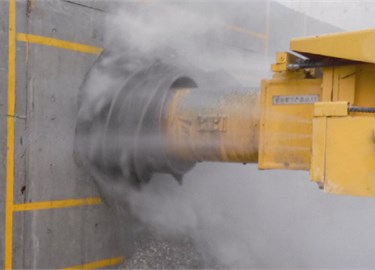 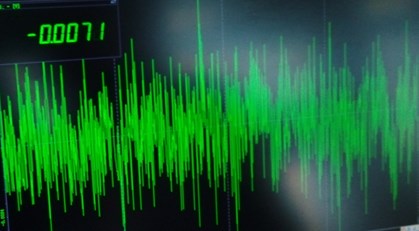 4) In this paper, artificial rocks are used instead of real rocks for simulation and experimental research. If conditions permit, real rocks can be tested to further verify the correctness of the conclusions in this paper.