Copyright © 2022 Mingxin Geng, et al. This is an open access article distributed under the Creative Commons Attribution License, which permits unrestricted use, distribution, and reproduction in any medium, provided the original work is properly cited. 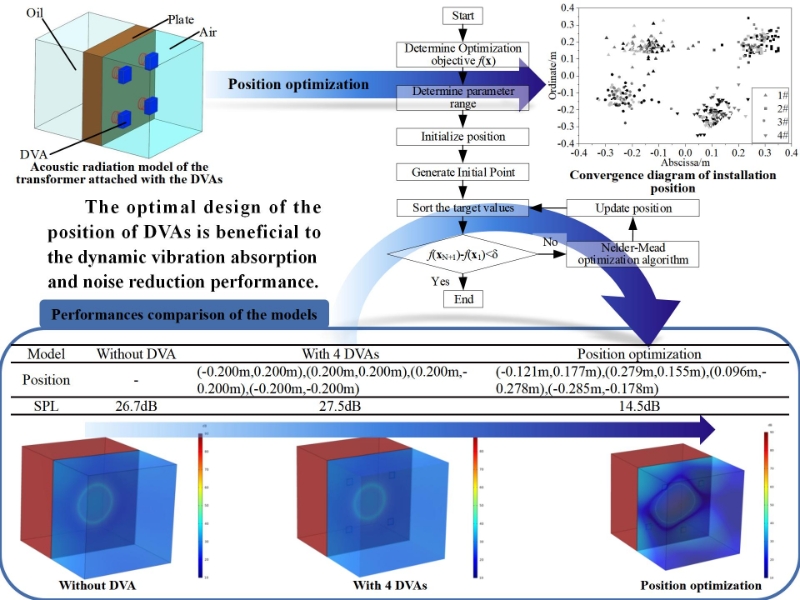 The application of the DVAs technology in power system is very few to be seen. Reza [7] designed a new type of DVA to reduce the vibration of power transmission line. This research shows the possibility of usage of the double pendulum as the DVA in electrical transmission. Hill [8] designed an adaptive DVA to reduce electrical transformer structural vibration. The research effectively gives the combination of a passive and active device, which leads to far greater stability and robustness. Cao [9] proposed a method for reducing vibration and noise of 10kV transformer based on distributed DVAs. The research realizes the obvious suppression of the vibration of the transformer shell. The radiated noise is effectively controlled based on the vibration reduction. In the previous application research of the vibration and noise attenuation of the power equipment, the author found that the action frequency of DVAs was shifted after coupling with the power equipment. The research on optimization of the low frequency noise control of the power equipment has been carried out to solve this problem. The research mainly optimized the frequency of DVAs by adjusting its parameters to minimize the acoustic index. The frequency optimization of DVAs improves the noise reduction effect of the DVAs and finally realizes the efficient noise control of power equipment [7]. However, during the further researtches, the author found the sound radiation of the power equipment will be enhanced when DVAs are installed in the wrong position. Therefore, the position optimization of DVAs is of great importance and should be highly concerned.

Power equipment, which is shown in Fig. 1(a) (photted in Baoji of China in June 24 of 2020), is affected by AC power frequency, and its radiated noise shows obvious low-frequency line spectrum characteristics. The sound insulation and absorption technologies currently used in engineering can achieve good noise reduction effect in the high-frequency range. However, the low frequency noise control effect of these technologies is poor. To solve this low frequency noise problem, the DVAs are designed to achieve efficient noise control of the power equipment, which is shown in Fig. 1(b) (the structure of a DVA designed by State Grid Shaanxi Electric Power Research Institute in 2021). The acoustic radiation of the power equipment shows a dipole like low radiation mode at certain modal frequencies. The traditional DVAs may destroy the low radiation characteristics of the power equipment, which lead to poor noise reduction effect and even increase sound radiation. To solve this problem, the position optimization method of the DVAs is proposed based on the idea that the position movement of the DVAs change the low radiation mode at some specific frequencies.

Fig. 1. Structural diagram of power equipment and the designed DVA

b) The designed DVA 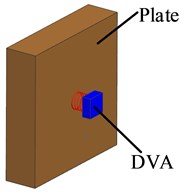 a) Power equipment attached with DVA

The objective of optimization design is to minimize the radiated sound power of the structure. The optimal parameter is the installation position of the DVA. The optimization algorithm is design based on Nelder Mead method.

Fig. 3. Optimization process of the position of DVA 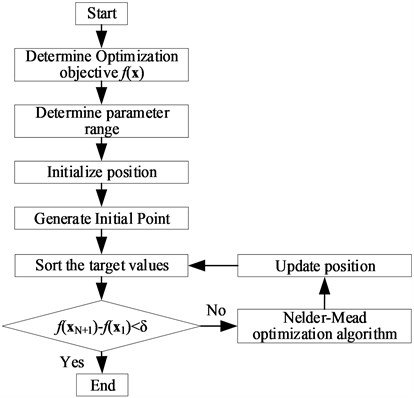 In this section, the noise reduction performance of DVAs is firstly obtained by comparing the radiated sound power of the two systems before and after the installation the DVA. The optimal installation position is then obtained using the optimization algorithm. And the position optimization effect of the DVAs is discussed. The density of insulating oil is 993 kg/m3, the sound velocity of insulating oil is 1450 m/s, the density of steel is 7800 kg/m, and the Young’s modulus of steel is 2.16×1011 Pa, steel Poisson’s ratio 0.28. Air density 1.2 kg/m3, air sound velocity 343 m/s. The maximum model grid is 0.1 m. 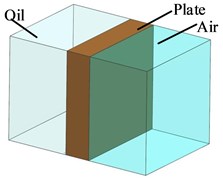 Fig. 5. Acoustic radiation model of the transformer attached with the DVAs 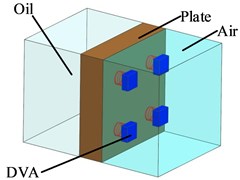 For ease of the analysis, the acoustic radiation model of the “oil-steel-gas” type transformer is established, simplifying the shell of the power equipment into unique plate structure, as shown in Fig. 4. The model could simulate the sound transmission characteristic of the power equipment composing insulating oil, equipment shell and external air. The unit sound pressure input is set on the insulating oil side of the model. The radiated sound power of the structure can be obtained by calculating the sound pressure at the air side of the model. Fig. 5 shows the sound radiation model of the transformer attached with DVA. In Fig. 5, four DVAs with natural frequency set as 200 Hz are evenly distributed on the equipment shell at the air side. 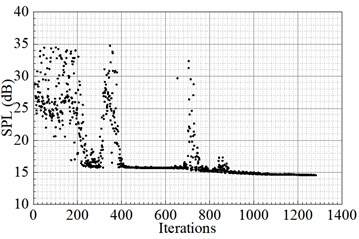 Fig. 8. Cloud chart of the sound field of the models before and after installation of DVAs 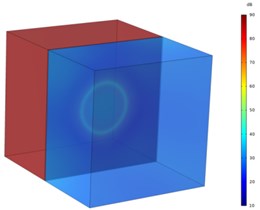 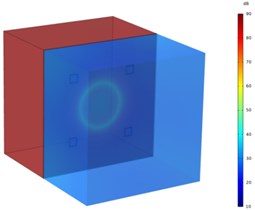 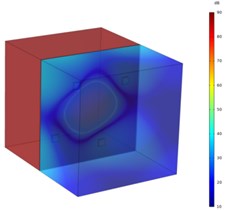 It is seen from the comparison between Fig. 8(a) and Fig. 8(c) that the sound pressure level of the radiated sound field is obviously controlled after the optimization of the position of the DVAs. The radiation sound pressure level decreases significantly. Comparing Fig. 8(a) and Fig. 8(b), it can be found that after the installation of the DVA with the same natural frequency as the target frequency, the radiated sound power of the system changes little compared with that before installation. This is mainly due to the installation coupling effect between the DVAs and the structure. The change of the actual stiffness of the DVAs causes the change of the action frequency of the DVAs. As a result, the expected effect is not achieved at the design frequency. It can be seen from the Fig. 8(a), Fig. 8(b) and Fig. 8(c) that the performance of the DVAs can be significantly improved by optimizing the position. 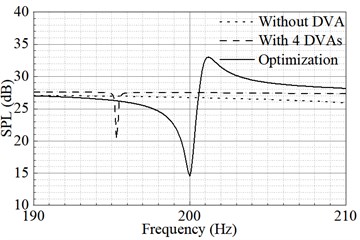 Table 2. Performances comparison of the models

Considering the poor noise reduction performance of the power equipment after attaching with DVAs of which the natural frequency is consistent with the excitation frequency, the noise reduction technology of power equipment based on optimal position strategy is studied in this paper. The algorithm flow of location optimization of the DVA is proposed. The optimization design, analysis and verification were carried out on the object of transformer structure. The following conclusions are drawn from the analysis: (1) The DVA is very effective for noise control of power equipment which has low frequency line spectrum characteristics. (2) The actual operating frequency of the DVA will shift due to the installation coupling. The design frequency of the DVA will deviate from the actual frequency. Unreasonable design of DVA may be unfavorable to structural noise reduction. (3) The low frequency line spectrum noise control technology of power equipment based on optimal position strategy can compensate for the installation coupling effect to a certain extent. The optimal design of the position of DVAs is beneficial to the dynamic vibration absorption and noise reduction performance.