Copyright © 2019 Fengjie Xu, et al. This is an open access article distributed under the Creative Commons Attribution License, which permits unrestricted use, distribution, and reproduction in any medium, provided the original work is properly cited.

In order to study the uncertainty optimization of the in-bore launching performance of larger-caliber artillery, the interior ballistic program was compiled and embedded in ABAQUS finite element software for secondary development, and the dynamic model of in-bore launching was built. The structural parameters of bore, the structural parameters of projectile and parameters of launching propellant were considered, and the uncertainty was described by interval number. BP neural network was used to construct a surrogate model for the dynamic model of in-bore launching. The deterministic transformation of uncertain objective function and uncertain constraints was carried out by using interval order model and interval probability model respectively. The interval uncertainty optimization model of the in-bore launching performance artillery was established by taking the interval radius and midpoint of the projectile muzzle velocity as objective functions and the maximum chamber pressure as constraint. Multi-objective genetic algorithm was used to solve the problem, and the optimal solution and reasonable interval of uncertain parameters were obtained. 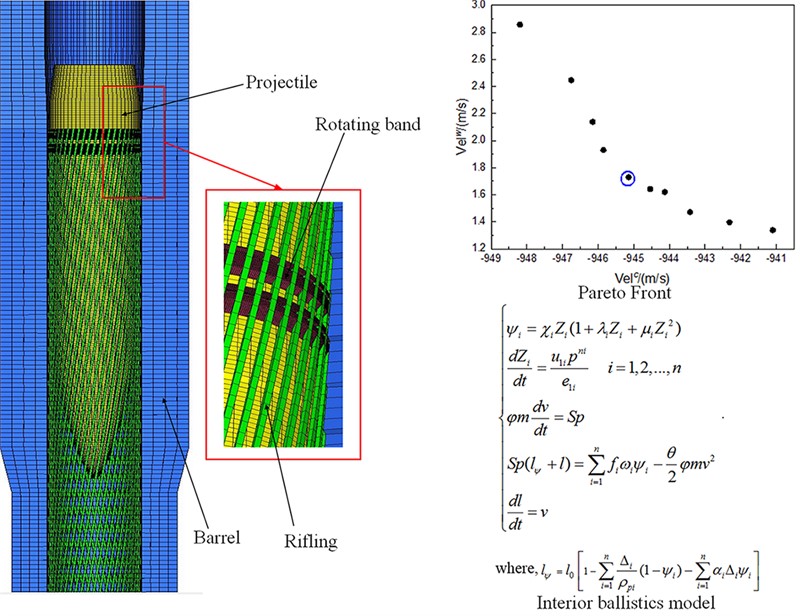 At present to research in the field of artillery systems rarely involve uncertainty optimization research. Most research focuses on artillery firing dynamics. The research of artillery optimization rarely involves parameter uncertainty. Wang Liqun [1] used the stochastic robust design theory to optimize the firing density, but the research neglected the stage of projectile motion in the chamber. The design variable optimization results obtained by deterministic optimization of the in-bore launching performance are all deterministic parameter combinations, which are not suitable for solving the uncertain problems in actual production. Therefore, this paper, from the point of view of the integrated design of projectile, gun and propellant, carried out the uncertain optimization of the in-bore launching performance. Firstly, the interior ballistic model and finite model element model were combined to construct the gun in-bore firing dynamics model. Then, based on the interval uncertainty optimization theory, the uncertain optimization model of gun bore firing performance is constructed, and the parameter interval of uncertain design variables is obtained by combining BP neural network surrogate model technology and multi-objective genetic algorithm for optimization solution. 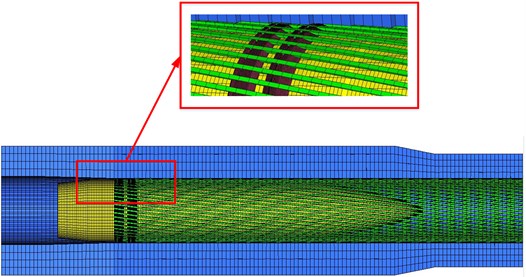 where, . is the number of composite charge, , and are charge form coefficient, is the mass of projectile, is the mass of charge, is the equivalent cross-sectional area, is the coefficient of second work, is the chamber volume-to-bore area ratio, is the free chamber volume-to-bore area ratio, is the propellant gas pressure, is the co-volume and and are the displacement and velocity of projectile respectively.

In the above formula, the burned thickness can be solved by the fourth-order Runge-Kutta method to solve the differential equation. The velocity and displacement of the projectile can be directly obtained by the sensor in ABAQUS, and the combination of the two can solve the chamber pressure. The specific execution process is as follows: the initial chamber pressure is obtained through the initial parameters of the interior ballistic, which pushes the projectile forward at the bottom; the velocity and displacement of the projectile can be read directly by the sensor in ABAQUS as the initial conditions for the next calculation to calculate the next chamber pressure, and so on until the projectile is out of the muzzle. At this point, the artillery in-bore launching model was established. This model can be used to calculate the parameters needed for optimization.

The interval uncertain optimization problem can be expressed as:

where denotes an uncertainty interval vector, which is composed of an -dimensional interval vector . the superscripts , , and represent the lower, upper, center, and radius of the interval, respectively. and denote the uncertain objective function and uncertain constraints of the interval optimization, respectively. Due to the transitivity of uncertain factors, objective function and constraints also interval numbers rather than real numbers.

3.2. Treatment of the uncertain objective function

where, and are upper and lower bounds of the objective function respectively.

3.3. Treatment of the uncertain constraints

For the uncertain constraints in Eq. (2), Jiang C. [5] proposed an improved interval probability degree model to compare the two intervals:

where or is the probability of a random variable of interval being smaller or larger than interval . The uncertain constraints are transformed into deterministic constraints by the interval probability degree model in Eq. (4).

The inequality constraint of type , such as , can be transformed into the following deterministic constraint:

The inequality constraint of type =, such as , can be transformed into the following two deterministic constraint:

In addition, for the artillery in-bore launching model established in this paper, using actual simulation model for nested optimization will bring unacceptable computation cost. In order to solve the contradiction between computational accuracy and computational efficiency, BP neural networks are adopted to replace the initial model. The above method is illustrated in Fig. 2. 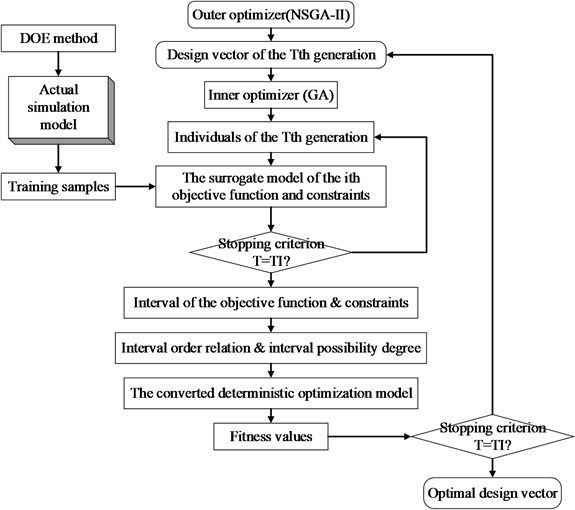 A set of non-dominated solutions organized in a Pareto-optimal front is illustrated in Fig. 3. As can be seen from the Fig. 3, as the midpoint of the velocity interval increases, the radius of the interval also increases, which indicates that blindly pursuing high muzzle velocity of the projectile will lead to large velocity fluctuation. Therefore, in order to give consideration to the high muzzle velocity and robustness, point A in the figure is selected as the final design scheme. The interval of each design variable is obtained and the results are listed in Table 2. 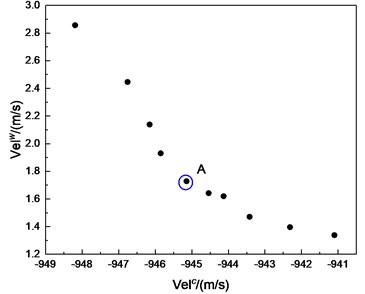 Table 2. Intervals of the design variables