Copyright © 2022 Zhihong Du, et al. This is an open access article distributed under the Creative Commons Attribution License, which permits unrestricted use, distribution, and reproduction in any medium, provided the original work is properly cited. 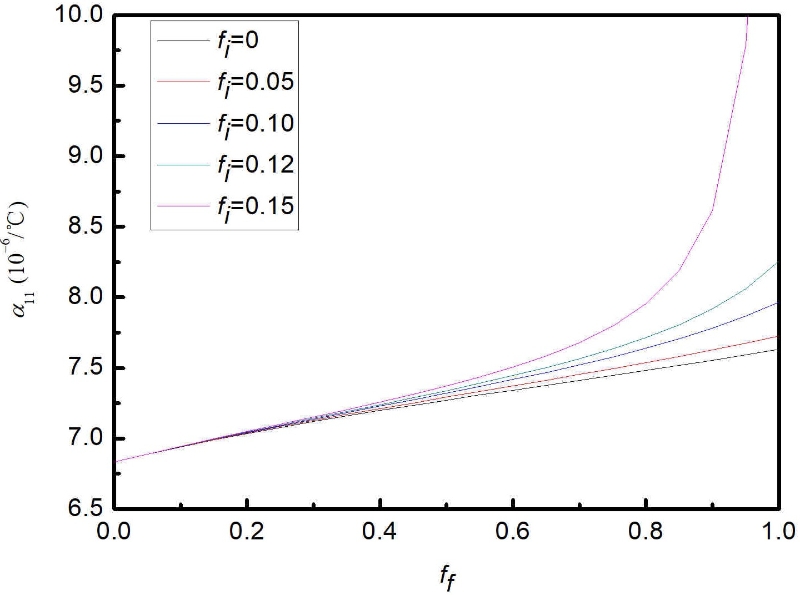 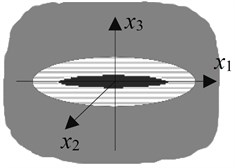 In the model, the inclusions are assumed to be ellipsoid, and , and are defined as three main half-axis lengths respectively, where axis is the axis of symmetry of the material. The interface layer and matrix shell around the inclusion have the same shape with the inclusion. The local coordinate system as shown in Fig. 1 is established, and the ellipsoid inclusion can be expressed by the following equation:

where, is the compliance fluctuation of type inclusions relative to matrix:

is the eigen stiffness of inclusion, , when the composite contains only type inclusions, the sparse solution as follows:

The equivalent stiffness of eutectic composite ceramics is as follows:

The thermal mismatch strain generated in the inclusion is shown as follows:

According to Eshelby’s theory, the average strain tensor of composite ceramics is as follows:

According to the definition of effective thermal expansion coefficient matrix, the average strain tensor of composite ceramic material is as follows:

According to Eshelby’s theory, when the thermal strain increment is generated, the stress tensor of the matrix is as follows:

where, is the equivalent intrinsic stiffness tensor of the matrix. Equivalent stress tensor in inclusion is as follows:

According to the defect cell model, axis 1 is the longitudinal direction of the inclusion, and axis 2 and 3 constitute the transverse plane of the inclusion. Then the equivalent thermal expansion coefficient of the composite material can be expressed as follows:

The above compliance increment , , , , and the components of Eshelby tensor are given in reference [11].

The defects and fibers are regarded as two different types of inclusions distributed in the same matrix. It can be considered that the defects distributed in the matrix form an equivalent matrix, and the fibers distributed in the equivalent matrix. Taking the axis 1 direction as an example, the volume fraction of defective inclusion was and the fiber volume fraction was , and the interface phase between defective inclusion and rod-like eutectic was regarded as the general interface to analyze the change of thermal expansion coefficient of composite material at this time, as shown in Fig. 2. 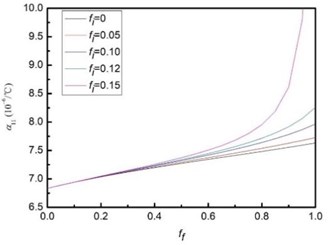