Copyright © 2022 Lishan Dong. This is an open access article distributed under the Creative Commons Attribution License, which permits unrestricted use, distribution, and reproduction in any medium, provided the original work is properly cited.

Affected by the difference of geological conditions, the cause of settlement of road subgrade is different, and the concealment of subgrade disease is strong. If it is not timely maintenance, it will cause the further development of subgrade disease. A finite element model is established to study the settlement control technology by using cement mixing pile for collapsible loess. The results showed that when the loess is relatively shallow and the cement mixing pile penetrates the loess, the settlement and post-construction settlement of the foundation are small, which can be controlled within the limits of the specification. The cement content of mixing pile should be selected according to different regions, moisture content and other indicators. For the loess with particularly high moisture content and organic matter content, the cement content and construction technology should be determined by indoor and on-site test pile. 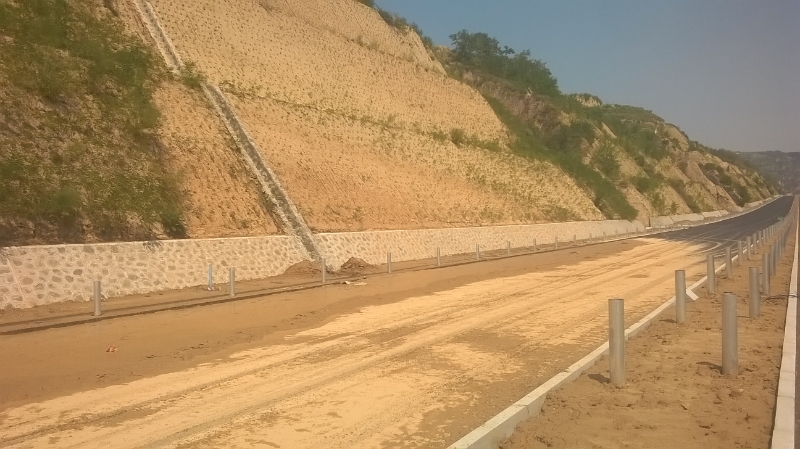 Different from other sediments of the same period, Aeolian loess is characterized by a series of internal material composition and external morphology, such as loose structure, rich in carbonate, large porosity, strong permeability, and easy disintegration in case of water. Due to historical reasons such as rainfall concentration and natural environment protection, the terrain of the Loess Plateau is undulating, with crisscrosses and furrows, and the development speed of furrows is fast [1]. When crossing the valley area, the proportion of uneven settlement is large due to incomplete geological survey, insufficient disposal depth, filling quality and other reasons. Affected by the difference of geological conditions, the cause of settlement of road subgrade is different, and the concealment of subgrade disease is strong. If it is not timely maintenance, it will cause the further development of subgrade disease.

Using soil-cement mixing pile to maintain and treat loess subgrade can effectively improve the structural strength of underground soil [2]. According to the previous cases, the application of cement mixing pile is better in the sections with shallow depth, while in the areas with thick depth, the settlement after treatment by mixing pile is larger. The main reason for this phenomenon is that the mixing pile did not penetrate into the loess soil, and there is still a large settlement in the underlying loess soil [3]. In addition, users generally reflect that it is difficult to control the quality of cement mixing pile and the quality of pile is not ideal, which may be caused by the poor loess index and pile length, and the poor effect of pile formation caused by the objective limitations of construction machinery. Some projects have high content of organic matter, and the two factors will seriously affect the quality of soil reinforced by cement mixing pile. Chemical interaction between organic matter and cement minerals will hinder the crystal growth of hydration products, which is not conducive to the strength growth of cement soil, leading to loose structure of cement mixing pile. C. Y. Lee et al. [4] studied the soil-cement pile single-pile composite foundation by using the finite layer method. P. H. Southcott et al. [5] further extended the application of finite layer method to pile group composite foundation. Lorenzo et al. [6], based on the principle of permeability and considering the influence of pore water on the solidification of soil-cement pile, derived the calculation expression of the bearing capacity of soil-cement pile and the theoretical analytical expression of pile load transfer for the interaction between the consolidation of soil around the pile and the solidification of soil-cement pile. Vatsala et al. [7] proposed the hardening plasticity cement-soil model, and pointed out that under load, the cement-soil deformation is mainly composed of the deformation of cement body caused by additional stress and the deformation of soil particle skeleton caused by stress. In addition, the modified Cambridge model should be used to define the stress-strain relationship of cement-soil skeleton.

The existing cases of cement mixing pile reinforcement are all based on newly built roads. In order to study the reinforcement and treatment effect of cement mixing pile on the disease of the loess subgrade in operation, this paper is based on the actual case of a highway disease in Shanxi Province, China. By means of field investigation and analysis, numerical calculation and so on, the mechanism and treatment technology of uneven settlement of highway subgrade in loess region are studied in order to provide reference for similar projects.

A highway adopts the standard of 4-lane highway construction, with a design speed of 100 km/h and a roadbed width of 26 meters. A steel pipe culvert is set at K492+555, which is used to pass water through the eight branches of huangbei Trunk canal from the Northern Zhao River. Because of long-term water leakage at the inlet of yellow diversion canal and pipe culvert, continuous settlement disease occurred in the roadbed, and the accumulated settlement reached 2 m. It has seriously affected the normal use of the road and the safety of vehicle driving, and has repeatedly invested a large amount of maintenance funds. Since the road section was opened to traffic, the maintenance management department has applied direct asphalt surface to the road subsidence disease for emergency treatment for many times. However, the subgrade settlement is still unstable and there is a risk of further settlement.

The characteristics of roadbed diseases are shown in Fig. 1. The main disease form of road is the whole subgrade section subsidence. The subsidence area is mainly 100 m in the center of the water crossing section of the Yellow River diversion channel. At present, the average depth of subsidence is 10 cm, and the corresponding sections of wave beam guardrail, kerb and shoulder all have different degrees of deformation, cracking and damage. The construction time of the subsidence section is earlier than that of the eight channels of the northern trunk of the Yellow River Diversion. Oblique cover culvert is reserved at K495+555 during the construction period for underpass of yellow diversion canal. However, during the construction of the Yellow River diversion channel, water channels were used to cross the highway, and the cover culvert was in the form of scattered discharge, resulting in a large amount of water infiltration, softening the roadbed and causing culverts and roadbed and pavement subsidence diseases in the defect liability period. 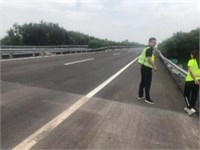 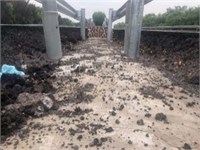 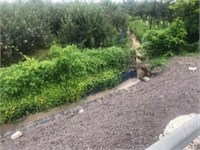 Since the defect liability period, the maintenance management department has adopted the method of directly laying asphalt concrete surface layer to treat the subsidence of the subsidence section, but the effect is not ideal, and the subsidence of the modified subgrade has not shown a stable trend. The accumulated thickness of the historical paving is 1.5-2 m, and the most recent paving was in the middle of June 2021. In nearly a month, the road subsidence occurred again, with an average subsidence of 10 cm.

The main cause of roadbed damage is the influence of bad geology. The highway is located in grade ⅳ self-weight depression area, and the subsidence ground is exposed 19 m below the original ground surface. Because the foundation is only impacted and rolled during the construction period, the collapsibility of the lower loess cannot be eliminated. Therefore, there is still thick collapsible loess in the lower layer of the current road foundation, which is the potential factor of continuous settlement of the subgrade.

According to the preliminary investigation results of this project, the composite foundation of cement mixing pile is used to dispose of roadbed diseases. Embankment fill height 4.0 m, loess (silt) buried depth is 11.7 m, mixing pile spacing is 1.3 m, pile diameter is 0.5 m, pile length is 12.0 m, which is set through the loess soil, the distribution of cross-section soil and model parameters are shown in Table 1. Loess adopts elastoplastic model, other foundation soil and embankment fill adopts harden soil model. 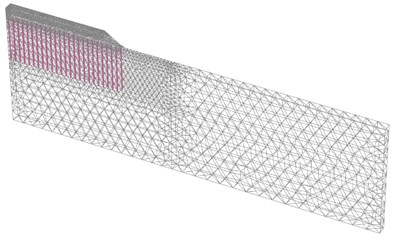 The established section is shown in Fig. 2, and the model size is 100 m×2.252 m×24.3 m (, , ). In the numerical model, two longitudinal rows of piles along the route were selected as the analysis section. Since the mixing piles were arranged in triangles, the pile spacing was 1.3 m, that is, the dimension in the direction of the numerical model was 2.252 m. The displacement in all directions at the bottom of the model is zero, and the lateral displacement of the model is limited. The surface is the drainage surface, and the other boundaries are undrainage boundaries.

4. Analysis of consolidation condition of foundation

Fig. 5. Vertical displacement distribution of soil at 15 years after opening to traffic

Fig. 7. Curve of soil settlement after construction with time

In terms of the design scheme, the cement content of mixing pile should be selected according to different regions, moisture content and other indicators. For the loess with particularly high moisture content and organic matter content, the cement content and construction technology should be determined by indoor and on-site test pile. Theoretical analysis and calculation of suspension mixing pile section should be strengthened. For structural sections with high settlement requirements, when there is suspended pile, measures combined with other treatment schemes should be considered, such as mixing pile + foamed concrete later replacement, and long and short pile schemes.

In this paper, the roadbed disease of an expressway is investigated and analyzed. On this basis, the numerical model is used to study the problem of uneven settlement of loess subgrade reinforced by cement mixing pile, and the following conclusions are drawn:

1) When the loess is relatively shallow and the cement mixing pile penetrates the loess, the settlement and post-construction settlement of the foundation are small, which can be controlled within the limits of the specification.