Copyright © 2020 Zhen Tian, et al. This is an open access article distributed under the Creative Commons Attribution License, which permits unrestricted use, distribution, and reproduction in any medium, provided the original work is properly cited. 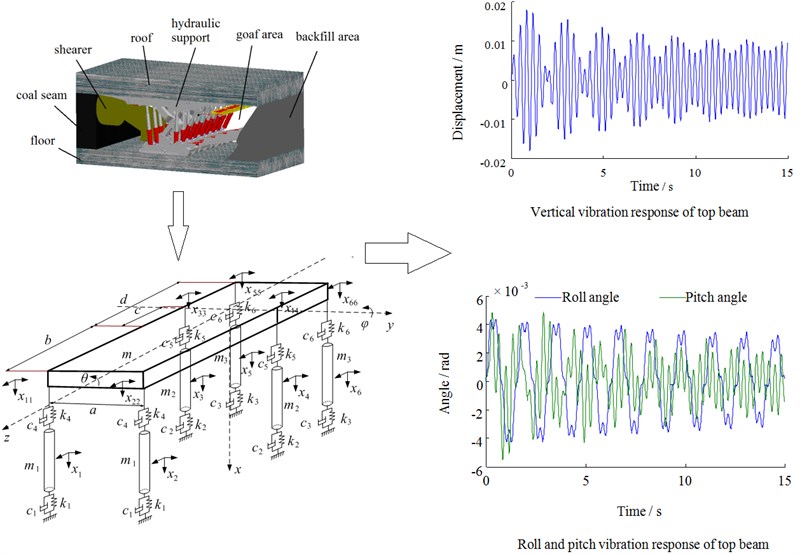 2. The structure of backfilling hydraulic support with six pillars 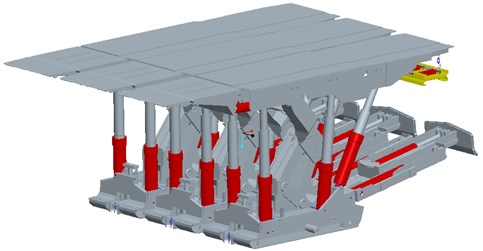 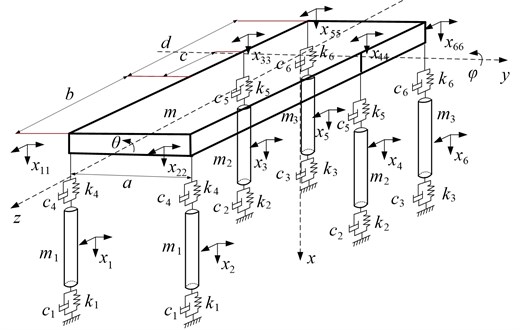 According to the Lagrangian equation [13], the system vibration differential equation is established by using the system kinetic energy , potential energy and energy loss functions .

The kinetic energy of the system is:

Potential energy of the system is:

Substituting Eqs. (2)-(4) into the Lagrangian equation gives the equation of motion of the system as:

The dynamic differential equations of Eqs. (6)-(8) can be expressed in matrix form [14]:

The mass matrix in the formula is:

The stiffness matrix in the formula is:

The damping matrix in the formula is:

In order to facilitate the solution of dynamic differential equations, Eq. (9) can be expressed by state variables, and the mathematical model of system state variables is:

There are 9 degrees of freedom and 14 state variables in the backfilling hydraulic support system, which are: the vertical mass displacement under the beam and its corresponding vertical velocity, the vertical displacement of the top beam centroid position and its movement speed, top beam roll angle and its angular velocity, top beam pitch angle and its angular velocity. Taking a backfilling hydraulic support as the research object, the relevant parameters are shown in Table 1. 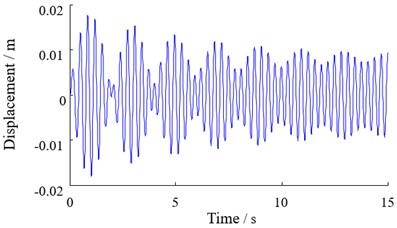 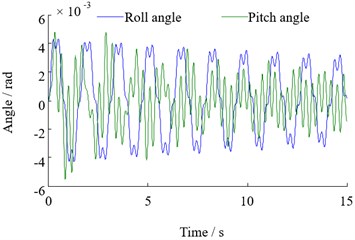 The time domain response of the top beam to pitch and roll vibration is shown in Fig. 5. It can be seen from Fig. 5 that the pitch vibration of the top beam has a great fluctuation under the action of disturbance, and its maximum amplitude is about 5.5×10-3 rad .The roll vibration is relatively small, and its maximum amplitude is about 4.3×10-3rad. Under the continuous action of disturbance the lateral amplitude of the top beam is slightly higher than the pitch amplitude, but the degree of vibration can be maintained in a controllable range. It will not have a destructive effect on the system. 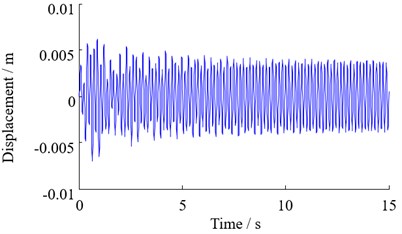 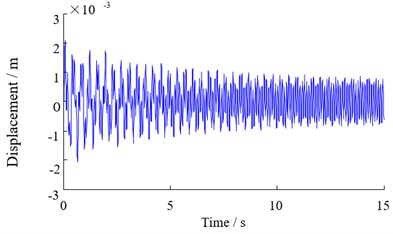 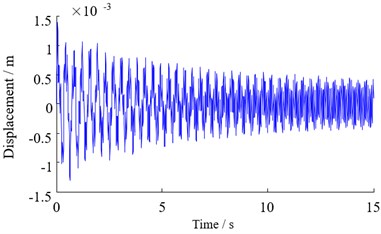 Fig. 7. The relationship between the beam vibration and disturbance frequency 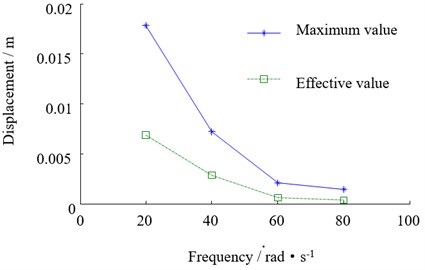 a) Variation of top beam displacement with disturbance frequency 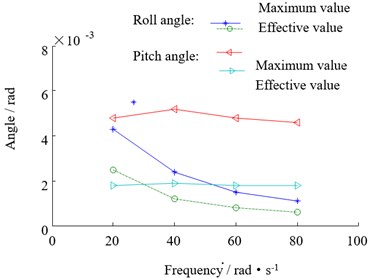 b) The variation of the top beam angle with disturbance frequency 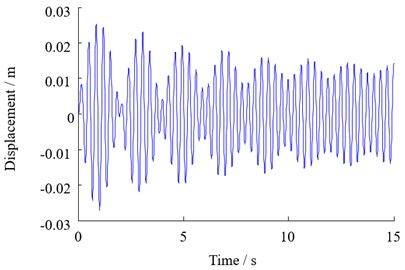 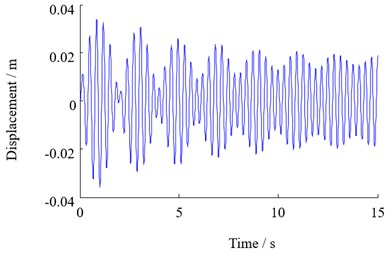 Fig. 9. The relationship between the beam vibration and disturbance amplitude 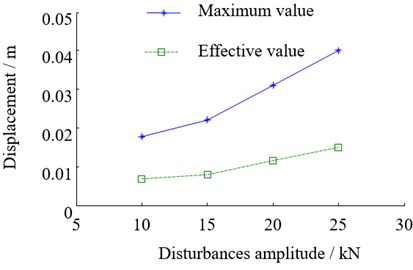 a) Variation of top beam displacement with disturbance amplitude 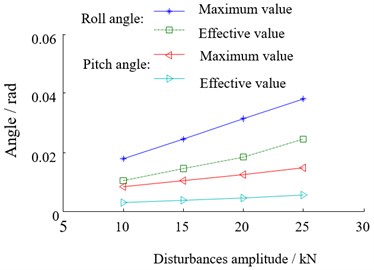 b) Variation of top beam angle with disturbance amplitude

The dynamic characteristics of the system are studied when the external disturbance is 15 kN, 20 kN and 25 kN respectively. The vertical vibration response of the lower beam is obtained as shown in Fig. 8. It can be seen that as the amplitude of the disturbance increases, the vibration of the top beam is more severe.

According to the design drawings, the backfilling hydraulic support is modeled by Solidworks software, and then imported into ANSYS software through special interface. The model is meshed as shown in Fig. 10. When the disturbance frequency is 80 Hz, the deformation distribution of the top beam is shown in Fig. 11. The large deformation area mainly concentrates in the middle of the top beam, and presents a symmetrical variation law. 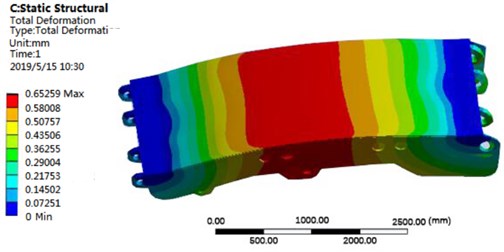 Fig. 12. Comparison of the results of two methods 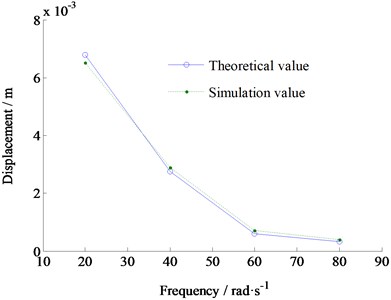 The authors are grateful for the funding of this work by National Natural Science Foundation of China (No. 51674134) and Scientific and Technological Research Projects of Henan Province (182102210606).