Copyright © 2019 Nan Zheng, et al. This is an open access article distributed under the Creative Commons Attribution License, which permits unrestricted use, distribution, and reproduction in any medium, provided the original work is properly cited.

The maneuvering overload of mainstream fighters is generally less than 9 g because of the pilot's tolerance ability. With the continuous improvement of technology, the UAV appears frequently in modern local wars, mainly be responsible for tasks such as intelligence reconnaissance, military strikes, information confrontation, communication relay and logistics support, and its role is becoming more and more significant [1]. Compared with the traditional fighters, the UAV does not need to consider the tolerance ability limit of the human body.

In order to improve the maneuverability greatly, the maneuvering overload of the UAV will far surpass 9 g in the future, and higher requirements are needed for the rotor system in the UAV’s engine than in traditional fighters, therefore, it is necessary to study the dynamic characteristics of the rotor system under large overload conditions (10 g-30 g).

The differential equations of motion under arbitrary maneuvering conditions were derived making use of Lagrange equation, beam element theory and finite element method for the rotor system, and the equations were calculated by characteristic equation method and numerical Newmark- integration method. Then the dynamic characteristics of rotor system were analyzed in this paper.

According to the small deformation hypothesis, the bending deformation of the rotor is generally much smaller than the span of the rotor. Under the circumstances, the differential equations of motion of the rotor system can be modeled by the finite element method and Timoshenko beam theory which can take advantage of shear deformation and moment of inertia.

The equation of motion of the rotor system is expressed by Eq. (1) when the maneuvering overload is not considered:

Fig. 1. Coordinate of the rotor system

According to the literatures [3, 4], the differential equation of motion of a disk under arbitrary maneuvering flight condition can be obtained by using the Lagrange equation:

In a similar way, the differential equation of motion of the beam element can be obtained by Lagrange equation:

,, , and can be expressed by the physical parameters, shape functions of the beam element and the parameters of maneuvering flight of the aircraft in matrix form, here, the formulas are omitted due to space limitations.

Fig. 3. The main sizes of rotor

Therefore, when the aircraft makes a horizontal turn action, only a small additional stiffness is generated, and the critical speeds vary small, which can be neglected. While the aircraft performs the horizontal rolling motion, additional damping is generated which can cause a larger changes of the critical speeds. For the calculation model in this paper, the additional damping has the greatest impact on the first-order critical speed, which varies by about 2.45 % compared with the condition when the maneuvering overload is not considered.

Table 4. The first three critical speeds regardless of maneuvering conditions

The steady response of the rotor system was solved by the Newmark- numerical integration method. The response results are plotted as three-dimensional spectrums, as shown in Fig. 4 to Fig. 6. 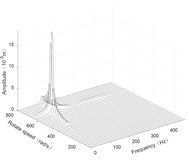 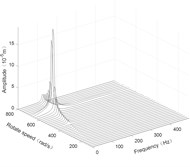 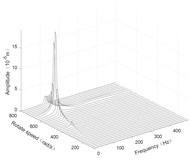 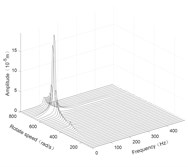 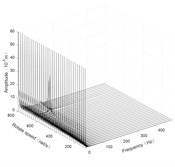 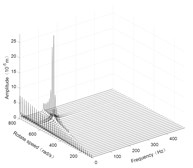 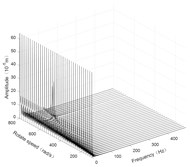 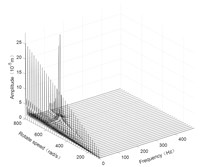 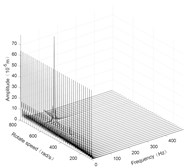 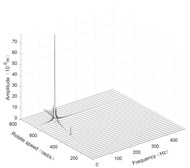 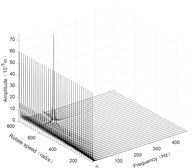 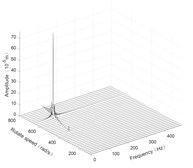 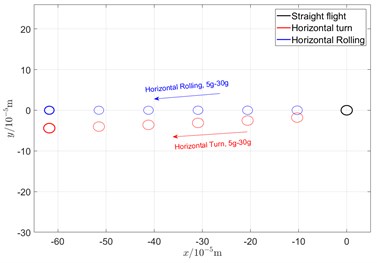 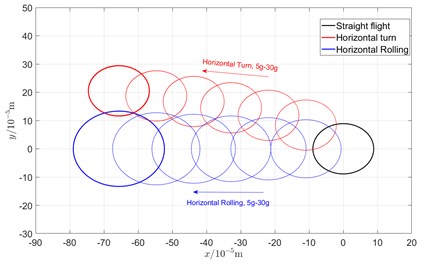 According to the three-dimensional spectrogram, the additional centrifugal force and gyroscopic moment cause the rotor to generate a zero-frequency displacement component. When the aircraft makes horizontal turn action, the critical speeds change slightly, which can be neglected. When the aircraft performs the horizontal rolling, the critical speeds make a certain change, and this verifies the previous conclusion.