Copyright © 2020 Wenbin Yu, et al. This is an open access article distributed under the Creative Commons Attribution License, which permits unrestricted use, distribution, and reproduction in any medium, provided the original work is properly cited.

This paper presents an eddy current damper model that can store electrical energy. The damper is mainly used under strong impact load. On the basis of generating sufficient electromagnetic damping force to resist the impact load, the generated eddy current is guided out of the device through the winding and connected to the energy storage components of the external circuit. In this way, it is realized that the eddy current damper has the function of resisting the impact load. And at the same time, the eddy current damper can convert a part of the impact energy into electric energy and store it in the energy storage element. After research, the theoretical scheme is completely feasible, and the single impact energy conversion efficiency can reach 2.33 %. 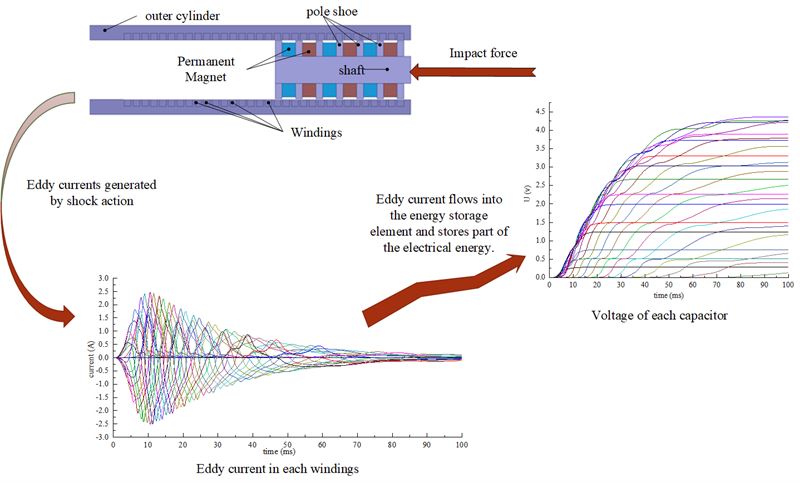 Many scholars are studying the application of eddy current dampers to vibration reduction systems, hoping to obtain better vibration suppression effects [3, 4]. In the fields of vehicle braking and cushioning shock, eddy current dampers can reduce the impact that it bears in a short period of time through a relatively long motion process. So it has attracted wide attention from scholars [5]. The use of dampers to collect vibration energy has applications in different industries, Many scholars have conducted in-depth research in this area. Many scholars focus their research on how to collect small amplitude vibration energy, and the proposed scheme is suitable for working environments with low power and small displacement [6]. The collected vibration energy is also applied in the suspension system of the vehicle, and the proposed scheme is suitable for the working environment with high power and large displacement. In the process of studying the use of dampers to collect vibration energy by most scholars, the external excitation applied is more a force that lasts for a long time and changes gently. For special working conditions, when subjected to strong impact loads, there is very little research on the dampers to collect impact energy.

Based on the concept of the traditional eddy current damper, this paper proposes a theoretical model of an eddy current damper that can recover impact energy. Focus on the theoretical analysis of the performance of the model when subjected to a single strong impact load. On the basis of good impact resistance, the impact energy is converted into electric energy, and then part of the electric energy is stored in the external energy storage element. 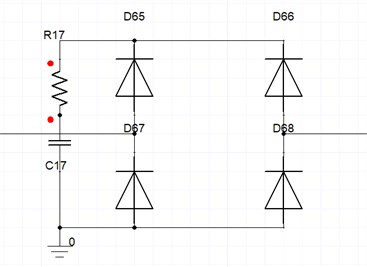 In this paper, the method of Maxwell and Simplorer co-simulation is used. The model in this paper is a cylindrical axially symmetric structure. So drawing the model as a two-dimensional axially symmetric structure in Maxwell can simplifies the calculation process, shortens the calculation time, and does not affect the results. Part as shown in Fig. 3, the Maxwell model is imported into Simplorer software. The external circuit is connected to each winding and the mechanical motion conditions are set. A short-lasting impact force is applied to the moving part of the model. The parameters such as damping force, speed and current in the windings during the movement of the model are calculated. When the calculation starts, the two software perform co-simulation. 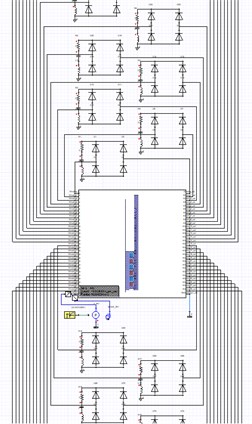 Suppose the impact force received by the moving part of the model is . The resultant force of electromagnetic damping force generated by all coils is . The remaining resistance is . The quality of the moving part is , and speed is . According to Newton's second law , get Eq. (5):

The results of the curve of impact force, damping force and speed with time are shown in Fig. 4. The damper converts the short-term impact action process into a process that lasts for a long time. The damping force is small, and the speed changes smoothly. The change trend is consistent with the above theoretical analysis. The simulation results can be considered reliable. It can be concluded that the electric eddy current damper designed in this paper has good impact resistance. The disadvantage is that there are some fluctuations in the electromagnetic damping force during the movement. This is due to the interaction between the coil windings arranged at intervals and the unevenly distributed magnetic field. There is room for further improvement of the model.

Fig. 4. The graph of impact force, damping force and speed with time 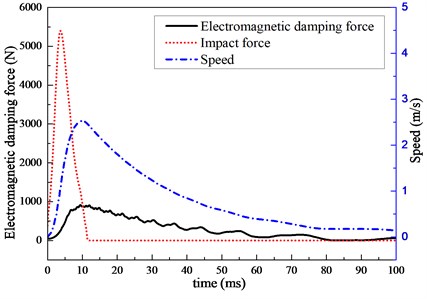 Fig. 5. The graph of current in each winding with time

The change curve of the current in each winding with time is shown in Fig. 5. The peak value of the current in different windings is different, and it can be clearly found that the outer envelope of the current curve of each winding shows a trend that increases first and then decreases. Because during the movement, the relative movement speed of the outer cylinder and the permanent magnet first increases and then decreases. The results shown are consistent with the conclusions drawn from the above analysis.

Fig. 6 shows the curve of current change with time. A winding and the corresponding energy storage circuit are selected here. The figure on the left is the change curve of the current in the resistance of the tank circuit with time, and the figure on the right is the change of the current in the winding. The current changes in other windings and tank circuits are similar. Select the capacitors on the two external tank circuits, and their voltage versus time curve is shown in Fig. 7. Fig. 8 shows the curve of each capacitor voltage over time. In the process of resisting the impact force, the voltage of the capacitor continuously rises, and finally stabilizes to realize the storage of electric energy.

Fig. 6. The graph of current with time 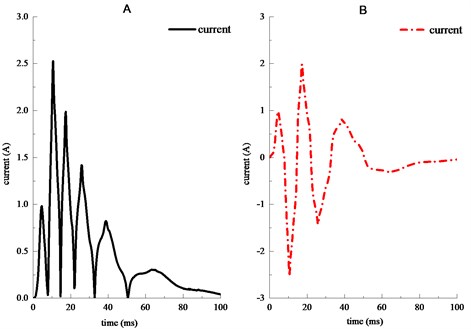 Fig. 7. The graph of voltage with time 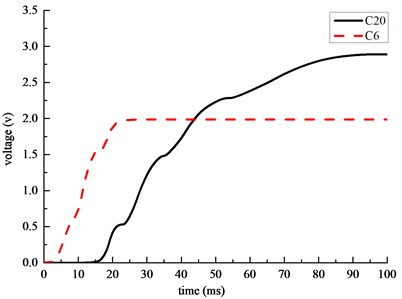 Fig. 8. The graph of voltage with time of each capacitor

This paper presents a theoretical model of an eddy current damper that can collect electrical energy. Under the action of impact load, the model has a good impact reduction effect. At the same time, the generated eddy current is introduced into the designed external energy storage circuit for storage. After calculation, the energy storage efficiency of a single impact can be 2.33 %. This paper only presents a preliminary model to analyze the feasibility. Many parameters are not optimal. After further research, more ideal results will be achieved.