Copyright © 2022 Shenlong Li, et al. This is an open access article distributed under the Creative Commons Attribution License, which permits unrestricted use, distribution, and reproduction in any medium, provided the original work is properly cited. 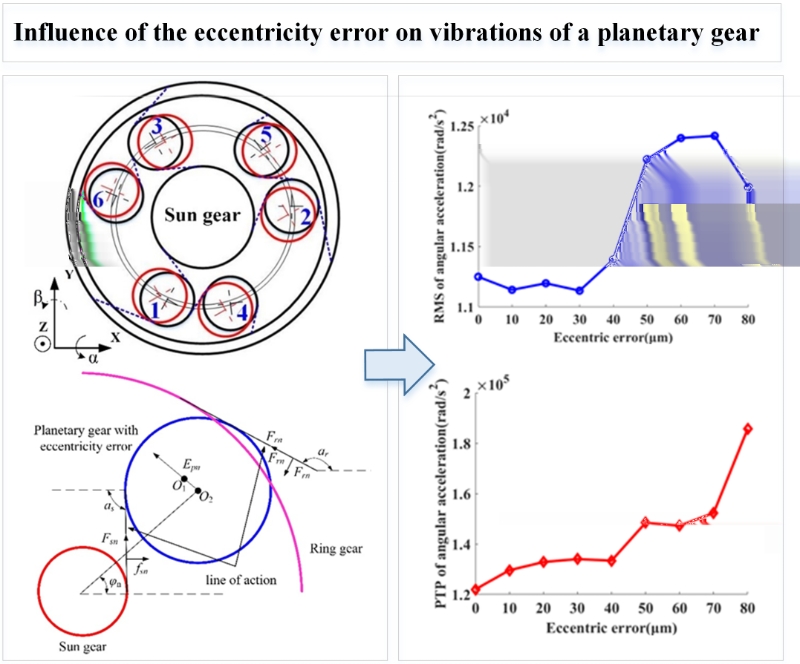 Fig. 1. Schematic diagram of the a) structure and b) lateral view of the dynamic model of the planetary transmission system 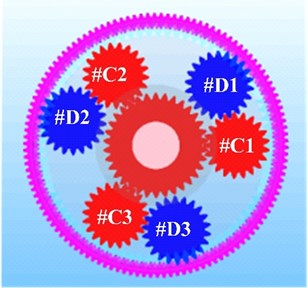 Table 1. The geometric parameters of the support bearings 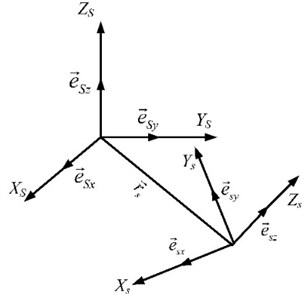 When the planet gear has the errors, the transmission error’s peak occurs when the projection of the two gear errors on the engagement line is the maximum or minimum. Then, the transmission error of the system will be maximum or minimum; the vibration is the most intense; and the uneven load phenomenon is the most serious. In this paper, the errors in the direction of the meshing line are considered in all typical working conditions. The system power is input by using the ring gear 1. When the ring gear 1 rotates counterclockwise, the directions of meshing lines of all gear mechanisms in the composite planetary row are shown in the dotted line in Fig. 1(a). The long planet gears numbered 1, 2 and 3 are corresponds to the #C3, #C1, and #C2 planetary gears in Fig. 1(b), respectively. The short planet gears numbered 4, 5, and 6 are corresponds to the planetary gears #D3, #D1, and #D2 in Fig. 1(b), respectively.

According to the Euler angle formula, the rotation matrix of the planetary gear system can be expressed by [18]:

The relative displacement vector is represented by six coordinates vectors. Its expression is [18]:

The translational velocity and angular velocity of each part at six degrees of freedom can be respectively expressed by [18]:

The freedom of motion and angular velocity of the parts are expressed by the constraints between the parts. When the system contains parts and constraints, the degree of freedom of the independent generalized coordinate system can be calculated by .

The dynamics equation of the planetary gear system can be calculated by using the Newton-Euler equation, which is given as [18]:

where is the coordinate vector of the part; is the quality matrix of parts; is the force matrix acting on the part; and are the constraint matrix and binding force of parts respectively. The th part’s Euler equation can be expressed as [14]:

In the transmission of the planetary gear system, there is not only external excitation caused by the changes of input torque and output load. In this paper, the influence of the time-varying meshing stiffness is considered. Considering the influence of meshing force , the bending, shearing and axial compression deformation elastic potential energy of the gear teeth along the tooth height can be expressed as [20]:

The potential energy generated by the bending, shearing, and axial compression deformation of gear teeth under the action of is given as [20]:

The meshing stiffness is also affected by the deformation of the gear body to a certain extent. The calculation expression of its deformation can be expressed as [20]:

where, represents the coefficients , , , and . and are the radii of the base circle and the inner radius of the gear. is the central angle of a single tooth. The values of , , , , , and are listed in Table 2.

The equivalent stiffness of the engagement line caused by the deformation of the wheel body can be expressed as [20, 21]: 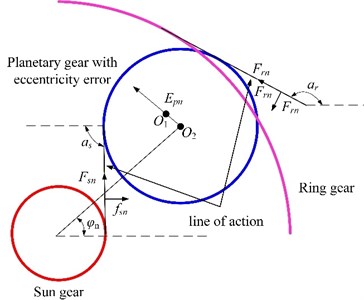 Fig. 5. Eccentricity error of the gear in the planetary gear transmission system 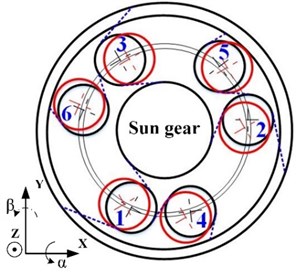 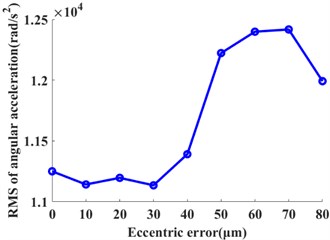 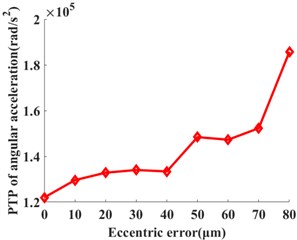 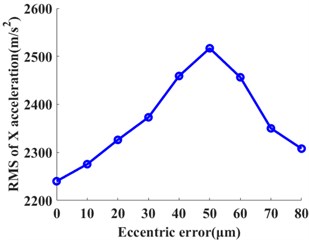 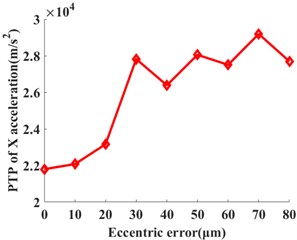 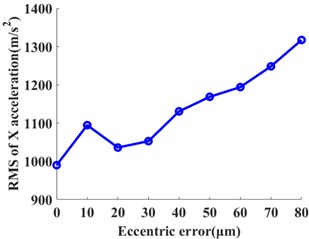 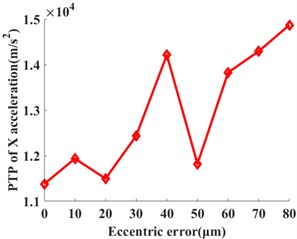